Djokovic brothers to compete in Dubai

World No.1 Novak Djokovic will be joined by his younger brother Marko in the main draw of the singles event at this week's ATP event in Dubai. 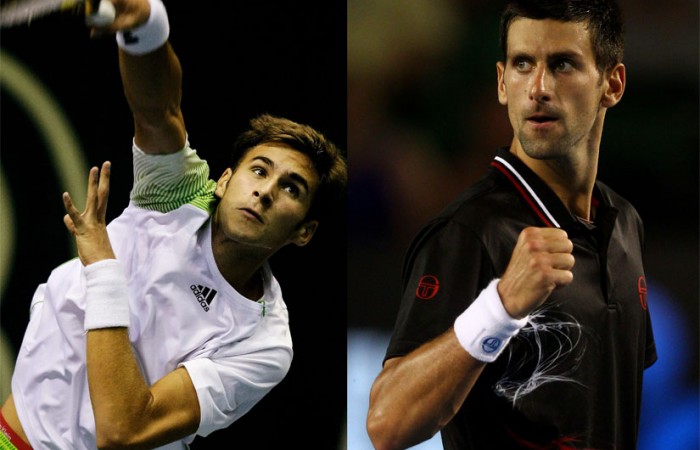 World No.1 Novak Djokovic will be joined by younger brother Marko in the Dubai Open this week, but despite their blood links, the duo boast radically different career records.

While Novak, 24, has five grand slam crowns among his 29 career titles and has pocketed more then $US35 million in prize money, 20-year-old Marko has played just two main tour matches, earned $US35,000 and is ranked No.867 in the world.

The two brothers are in different halves of the draw in Dubai, but three-time Dubai champion Novak has already called upon Marko for a scouting report on his first round opponent, Cedrik-Marcel Stebe.

“I don’t know much about him. My brother, Marko, grew up with him in the juniors, so he’s been telling me a little bit about him,” said Djokovic on Sunday.

It will be Novak’s first event since defending his Australian Open title with an epic five-set defeat of Rafael Nadal in January.