Juan Martin Del Potro has progressed to his second final in as many weeks thanks to a three-set defeat of top seed Jo-Wilfried Tsonga in the Marseille semifinals. 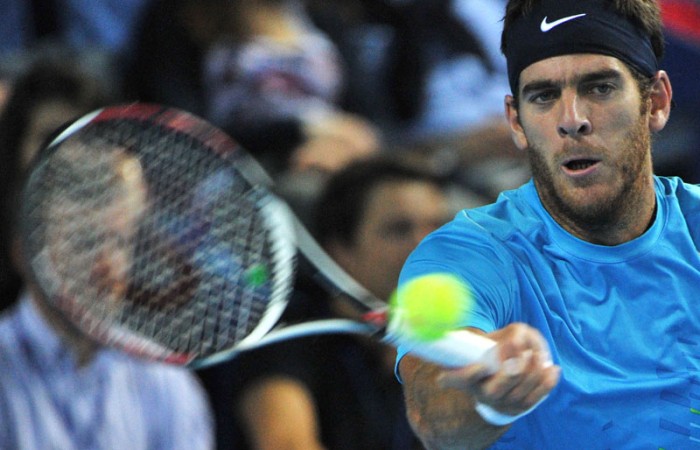 Juan Martin Del Potro has beaten top-seeded Jo-Wilfried Tsonga of France 6-4 6-7(7) 6-3 to reach the Open 13 final in Marseille on Saturday.

Tsonga outslugged Del Potro with 26 aces to 15 but made too many unforced errors against the 2009 US Open champion, who has reached his second final in two weeks.

Del Potro broke for a 2-0 lead in the final set when Tsonga netted a backhand volley. He clinched victory on a backhand from Tsonga that sailed wide.

“He was very solid and consistent behind the baseline,” Tsonga said. “I couldn’t find the solution. I fought until the end but that was not enough.”

Both players struggled to hit their stride.

Tsonga made a double-fault and three unforced errors to drop the opening game. He broke back in the fourth game but then made a forehand error to give Del Potro a 3-2 lead.

Del Potro slammed an ace to save a break point at 3-2 and whipped a forehand winner to erase another one at 4-3 before taking the first set with a service winner clocked at 208 kilometres per hour.

Tsonga, who won this tournament in 2009, raised his game in the second set by hitting 26 winners to 16 for Del Potro.

Del Potro saved a set point at 5-4 to force a tiebreaker. It was then Tsonga’s turn to hold his nerve by saving a match point at 8-7.

Tsonga hit a forehand volley to convert his fifth set point and even the match.

“I look calm but inside … I’m not really calm,” Del Potro said. “When I missed shots like the first match point, I was on fire inside my body.”

In the second semifinal, Tipsarevic sent an approach shot into the net to drop serve at 5-4 and lose the opening set.

Llodra saved six set points in the tiebreaker and converted his first match point when Tipsarevic hit a forehand wide.