In a battle between Roland Garros winners, Ana Ivanovic overcame No. 7 seed Francesca Schiavone to move through to the second round at the WTA event in Dubai. 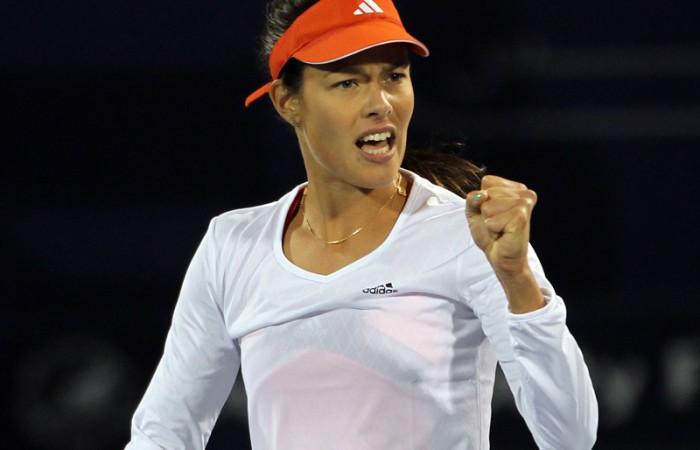 Ana Ivanovic upset the seedings in a battle of French Open champions with Francesca Schiavione at the Dubai Open on Tuesday.

The 2008 Roland Garros champion from Serbia beat the 2010 champion from Italy 6-1 7-5 with a first-round performance that belied her relative decline over the past three years.

Ivanovic, who is unseeded, hurtled so quickly into a 5-0 lead, with such forceful blows from her first serve and forehand, that it seemed unlikely that she would be troubled.

But the seventh seed Schiavone summoned a typically tenacious second-set performance, twice recovering from dropped service games and threatening to do that a third time before Ivanovic closed the match out in a tight finish.

“I believe I can get back to the top and win a grand slam again – that’s why I am here,” said Ivanovic.

Ivanovic was also pleased with the way in which she handled a finish in which her English coach Nigel Sears unexpectedly appeared on court before she could serve for the match for a second time.

Earlier, fifth seed Agnieszka Radwanska came back from 3-5 down in the final set against Aleksandra Wozniak, a Canadian qualifier who had had the advantage of playing three times already on these courts, before escaping 6-1 6-7(8) 7-5.

Marion Bartoli was another heavyweight to fall, the number six seed from France being beaten 6-4 6-3 by China’s Peng Shuai.