Second seed Petra Kvitova has withdrawn from the Dubai Duty Free Tennis Championships with a virus, preventing a potential final battle with rival and World No.1 Victoria Azarenka. 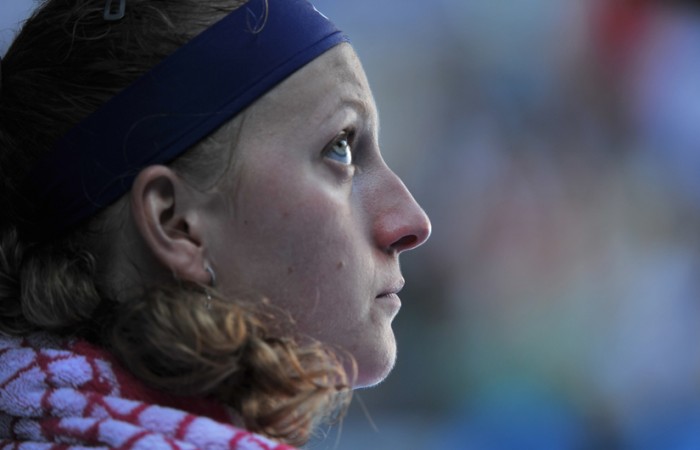 Wimbledon champion Petra Kvitova’s hope of challenging for the world No.1 spot took another blow when she was forced to retire for a second tournament in a row.

The fierce-hitting left-hander from the Czech Republic has decided she had not recovered sufficiently from a virus to compete at the Dubai Open, which started on Monday.

Kvitova also withdrew from last week’s Qatar Open in Doha, and is likely remain in Prague until shortly before she competes again, probably at Indian Wells in the first week in March.

“I love playing in Dubai and am so disappointed to not be able to get on the plane and go and play for the fans and those amazing crowds,” said Kvitova, who added that she would “definitely be back for many years to come.”

Kvitova reached the semi-finals of the Australian Open in Melbourne last month, and it was after competing again, only a few days later, in a Fed Cup match against Germany, that she started to feel unwell.

It means that there will be a delay in the next episode of her burgeoning rivalry with world number one Victoria Azarenka, whom she has beaten in their last four meetings, and whom she had been seeded to meet in Saturday’s final.

It also brings a pause to a tremendous rise which saw Kvitova move from world No.34 at the start of 2011 to within striking distance of the pinnacle, winning six tournaments during the year.

However Kvitova will not fall from the world No.3 position, because she has fewer ranking points to defend than Caroline Wozniacki, the runner-up in Doha last year and the defending champion in Dubai this week.

Wozniacki, world No.1 one until the start of this month and now at number four, is at risk of falling further unless she does well again this week.

With more than 1,200 points to defend over the two weeks in the Middle East, Wozniacki could find that Australia’s Samantha Stosur nudges her down to No.5.