Clijsters out of Indian Wells

Kim Clijsters will be forced to bypass the prestigious Indian Wells tournament due to a lingering ankle injury. 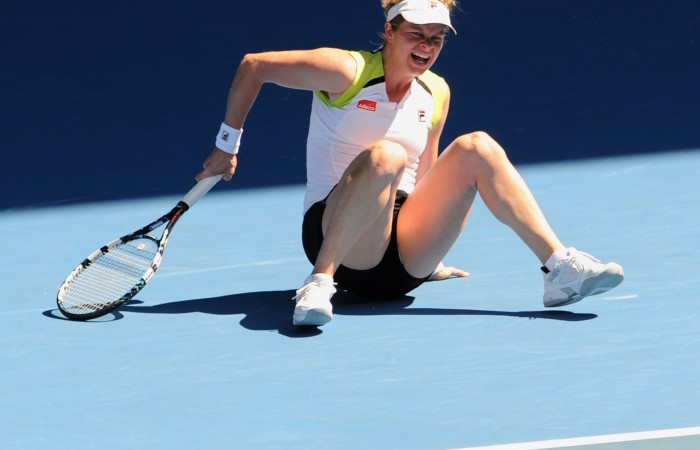 Kim Clijsters has withdrawn from next month’s WTA event at Indian Wells in California because of an injury to her left ankle, although she will return for the Miami event on 19 March-1 April.

Clijsters twisted her ankle during her fourth round match against Li Na at the Australian Open last month, almost curtailing the defence of her title at Melbourne Park.

She survived that scare to win in three sets, yet lost to eventual champion Victoria Azarenka in a high-quality semifinal.

The former world No.1 said in a statement on Wednesday she is disappointed she won’t be playing in the tournament, saying she has great memories of Indian Wells.

“I’m very disappointed that due to my ankle injury I’m not able to take part in this year’s BNP Paribas Open,” Clijsters said.

“Indian Wells has always been quite a special tournament for me. In 2003 and 2005 I won the event after a period of recovery from an injury.

“I really have the most fond memories of Indian Wells and always enjoyed the support I got there from the audience. I wish the tournament the very best.”

Clijsters’ win at the 2005 event came when she was an unseeded player ranked outside the top 100, having spent much of the previous 12 months out of the game with a wrist injury.

She was also a runner-up in 2001 to Serena Williams in an infamous final, during which both Williams and her family were booed and heckled. The Williams sisters have never returned to the tournament.

The Belgian plans to retire at the end of the season. She has already retired once – in 2007 – but was tempted back in 2009 and has since won three grand slam titles.

After she won the Australian Open in 2011 the remainder of Clijsters’ year was marred by shoulder, wrist and abdominal injuries.

This year’s Indian Wells event gets under way on March 5.