Ana Ivanovic has coasted into the second round of the WTA Premier event in Doha after benefitting from a retirement. 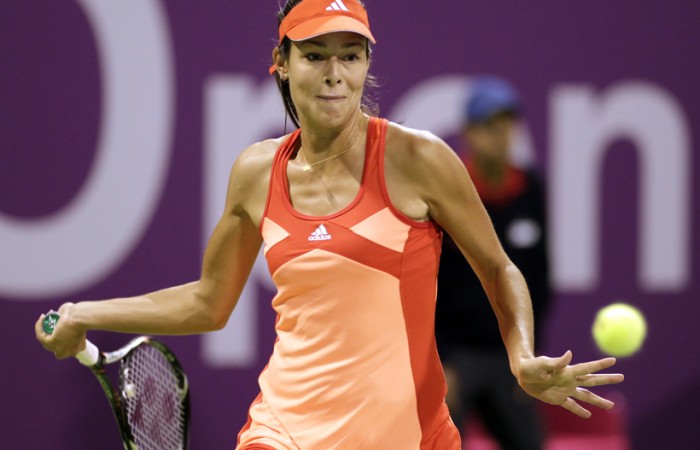 Ana Ivanovic made the second round of the Qatar Open on Monday, but she was denied a full match as rival Carla Suarez Navarro retired with a back problem in the second set.

Ivanovic, the former world No.1 who has now slipped to 19th in the rankings, had won the first set 6-1 and was leading 4-1 in the second when her Spanish rival quit after receiving courtside treatment.

And the Serbian star knows she has a long way to go before she reaches the level that saw her win the French Open in 2008.

“I think it’s different in the sense that now a lot more girls can challenge top players from the early rounds,” Ivanovic said.

“That’s exciting for us, because we do want challenges. But I feel like those girls that are on top at the moment, they’re playing very aggressively, and that’s the way you have to play in order to win.

“It’s a big challenge for us to raise our level.”

But despite the challenges, the Serb added that her goal was to get as higher in the rankings as possible.

“Well, that’s why I’m here,” she said when asked if she was targeting the number one status again.

“If I didn’t think so, I probably wouldn’t be sitting here. But, yeah, I definitely believe so.”

As the top eight seeds who have been given first round byes enjoyed a rest, the first upset of the event came when Kazakhstan’s Ksenia Pervak defeated the 10th seed Anastasia Pavlyuchenko of Russia 1-6 6-2 6-3.