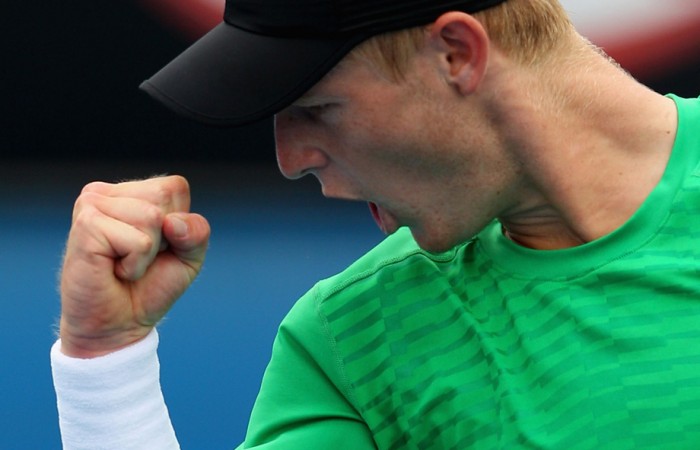 South Australia’s Luke Saville is fitter, stronger and far more confident entering Saturday’s Australian Open boys’ singles final than when he lost at the same stage a year ago.

Saville, who turns 18 next week, secured his spot with Friday’s 6-3 6-4 semifinal win over Czech 17-year-old Adam Pavlasek, the tenth seed.

While Saville had plenty of home crowd support, including his family, Pavlasek had some heavyweight backing of his own.

Women’s world No.2 Petra Kvitova, who is Pavlasek’s girlfriend, was in the stands, along with Czech former men’s world No.1 Ivan Lendl, who is coaching Scot Andy Murray.

Saville was last year thrashed 6-0 6-3 by another Czech, top seed Jiri Vesely, in the final.

On that occasion, he was an unseeded 16-year-old and was affected by a stomach illness the night before the final.

This time, he is the top seed and the reigning junior Wimbledon champion.

His expectations for Saturday’s final are accordingly much higher.

He said the experience of his Wimbledon win, as well as having played in Rod Laver Arena a year ago, would help.

But Peliwo can draw confidence from downing Saville in the final of last week’s lead-up event in Traralgon, in which Saville held match points in the second set.

“He’s obviously in great form at the moment but, if I could have converted my match points there, it could have been a straightforward victory,” Saville said.