As Lleyton Hewitt goes into battle as the last local hope at the Australian Open, vanquished countryman Bernard Tomic has wished him well. 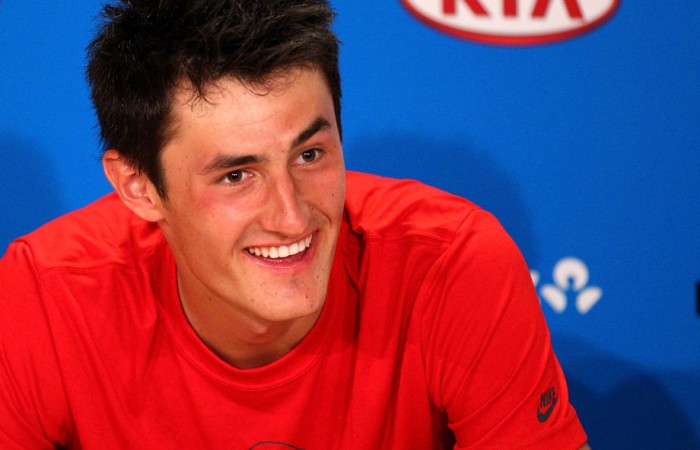 As Lleyton Hewitt goes into battle as the last local hope at the Australian Open, vanquished countryman Bernard Tomic has wished him well.

Hewitt’s unlikely march through the tournament reaches a juncture most expect will be its end, with world No.1 Novak Djokovic waiting for him on centre court on Monday night.

Tomic, 19, impressed all in his best Australian Open run and a grand slam performance to rival his Wimbledon quarter-final effort last year.

Now the attention turns to 30-year-old Hewitt, who has defied fitness queries to get this far.

“We have done a good job to get to the fourth round,” Tomic said of himself and wildcard Hewitt.

“He’s got to step out there giving it a go like I did. And, you know, who knows?

“It’s tough for him to win that match against Novak, but he will have the crowd on his side, he will try his heart out.”

So did the unseeded Tomic, but without success against a red-hot Federer who stepped up in the latter stages of his 6-4 6-2 6-2 win.

The Gold Coast teenager had gone with the third seed in the first set, before the Swiss ratcheted up his game with some sensational play.

Tomic’s wondrous week has convinced him as much as Australian tennis fans that he is capable of taking the next step – and sooner rather than later.

“It could be very soon. The next year, year and a half, if I improve my body and get stronger,” he said.

“Having played all the top four guys now, and Roger twice, I think there is a lot for me in the future.

“I’m always going to get better and better. Looking back a year, I was not as good as now.

“And now looking to next year, I’ll probably be even better. That’s a scary part for me because I know I can improve a lot.”

Others aiming to win spots in the quarter-finals in fourth round matches on Monday are Andy Murray, Serena Williams and Maria Sharapova.