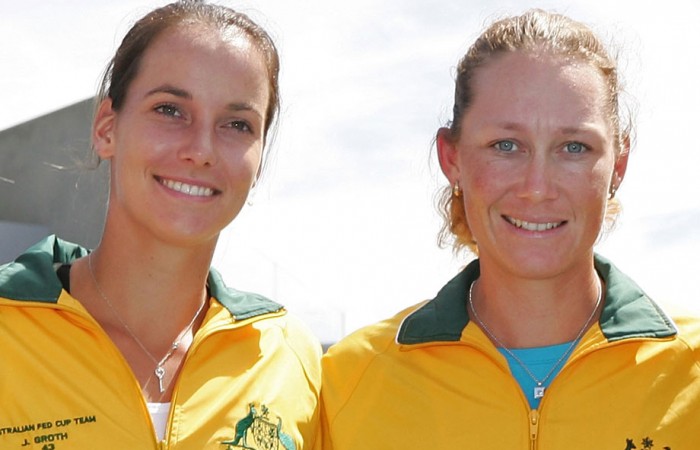 “It will be the fourth time we have played since 2001 and we have been fortunate to win three of the most recent ties against the Swiss and I know the girls are very motivated to keep that streak alive.

“Going from an Australian summer, where the girls have played on hard courts, to a slow indoor claycourt, in the Swiss Alps, is quite a contrast but I am confident they will make the adjustment.

“Sam and Jarka have had very challenging summers but I know they are extremely motivated to get back on track in Switzerland.

“Nicole Bradtke [the Fed Cup Coach] and I are also really excited to welcome back Casey and Jelena into the team.

“Casey has played a significant amount of matches on the Australian Pro Tennis Tour and has stepped up with a few wins at WTA tour level recently.

“Jelena also has been able to post some wins recently in Sydney and Melbourne and I’m sure 2012 will see them both climbing back toward the top 50.

“They both deserve the opportunity to represent their country again.”

The tie is being hosted in Fribourg, Switzerland and this is the fifth time the two teams have met.

Australia was relegated in 2011 after a shock 3-2 loss to Ukraine in the World Group play-offs in Melbourne. The Australian team hasn’t lost a tie away since 2008.

Switzerland was promoted from the Europe/Africa Zone Group I last year. The Swiss came through the week-long event in Israel before defeating Sweden 4-1 in the World Group II play-offs. That tie was also significant as it marked the final Fed Cup appearance for Swiss stalwart Patty Schnyder.