Bernard Tomic is prepared to weather the storm on Thursday night to book an Australian Open blockbuster with Roger Federer. 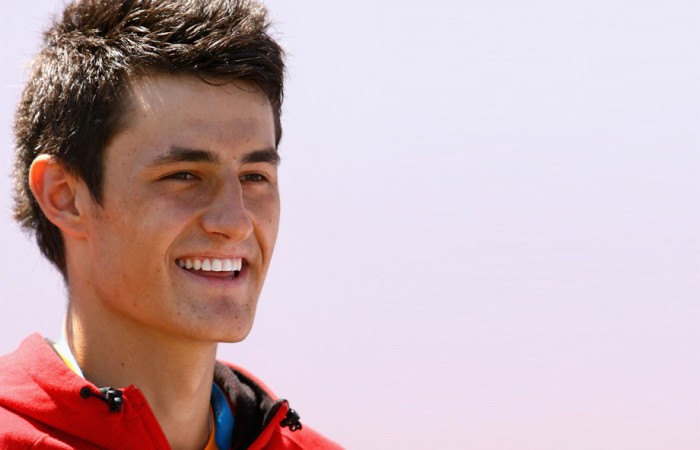 Bernard Tomic is prepared to weather the storm on Thursday night to book an Australian Open blockbuster with Roger Federer.

Tomic takes on the explosive and unpredictable Alexandr Dolgopolov seeking a first victory in four clashes with the Ukrainian.

The reward for another breakthrough win will almost certainly be a Sunday night showstopper with Federer, a hot favourite to eliminate Ivo Karlovic in his third-round encounter.

Tomic, though, knows it’s a dangerous occupation getting ahead of himself after losing three times to Dolgopolov – all on hard court – in the past 12 months.

The teenager won the opening set in their past two meetings before the 2011 Open quarterfinalist blew Tomic off the court on both occasions.

“He seems to play good tennis and bad tennis for a set. So it’s very difficult,” Tomic said.

“You have to just hold your game against him and hope for the best. You can play really good and you can’t do nothing sometimes.

“He is a very good player and a lot of people struggle with him.

“All I’ve got to do is smart things when I play him. I think the last few times I’ve played him I didn’t do the right thing after winning the first set.”

Dolgopolov has had to battle through two taxing five-setters, saving a match point in the second round against German Tobias Kamke, but said he was feeling physically fine.

The 13th seed was more concerned about dealing with the new and improved Tomic, the youngest player in the world’s top 50.

“It will be tough if he plays well,” Dolgopolov said.

“I won all the three times [before], so that will give me a bit of confidence. For sure I know how to play him.

“I’ll have to show my game instead of going into his. He varies a bit. He plays all around the court, tries to break up your rhythm.

“If I can be aggressive and always control the points, try to hit a lot of winners, yeah, that’s pretty much it.”

After exhausting himself in Monday’s searing heat against Fernando Verdasco, Tomic is chuffed to be playing at night again after downing American Sam Querrey in four sets on Wednesday evening.

“I prefer night, the slower conditions, against him,” he said.

“You know when you’re scheduled to play, so it’s a good thing. You prepare well pretty much all day for the start at seven.”