Dellacqua out in second round

Australia's Casey Dellacqua has been swept away by world No.3 Victoria Azarenka, as the pony-tailed Belarusian confirmed her status as the Australian Open's form player on Wednesday night. 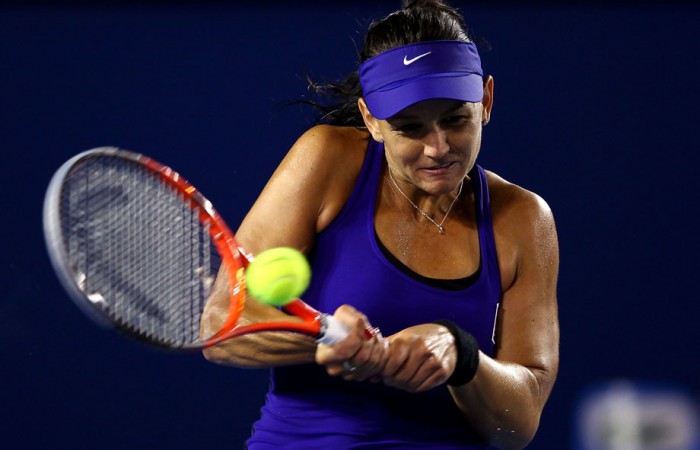 Australia’s Casey Dellacqua has been swept away by world No.3 Victoria Azarenka, as the pony-tailed Belarusian confirmed her status as the Australian Open’s form player on Wednesday night.

World No.126 Dellacqua, who needed a wildcard to gain entry to the Open, had some fond memories of Melbourne Park to draw on, having downed seeds Patty Schnyder and Amelie Mauresmo in a memorable run to the fourth round in 2008.

Despite having to work her way back from some major injury setbacks since, Dellacqua also had some handy lead-in form this summer and in her opening round straight-sets win over Serbia’s Bojana Jovanovski.

But that was nothing compared to that of 22-year-old Azarenka, who came into the tournament fresh from winning the Sydney International, then dropped just one game in blitzing Britain’s Heather Watson in her opening match in Melbourne.

Dellacqua also took just one game, the first of the match, and even then she had to stave off a break point.

The Australian left-hander battled hard and went for her shots.

If Azarenka’s form alone is not enough to mark her down to go deep into this year’s tournament, a look at her draw adds to that likelihood.

Her third-round opponent will be unseeded German Mona Barthel, and if she wins that, she will also face an unseeded opponent, with eighth-seeded Pole Agnieszka Radwanska potentially waiting in a quarterfinal.