Nerves got the better of me: Dokic 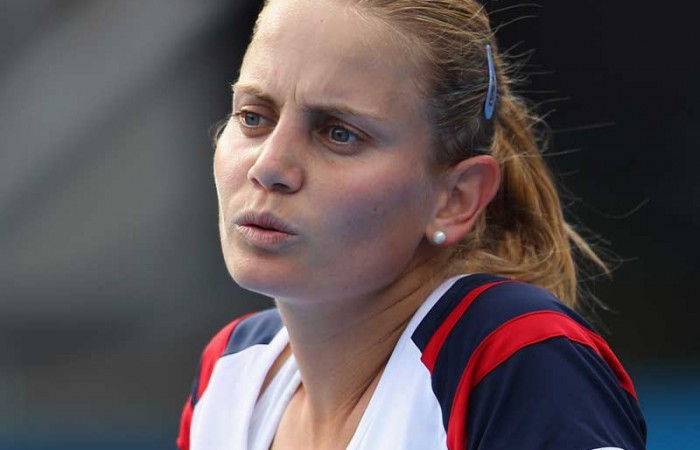 She’s in her 15th year on tour, has six career singles titles and had most of the country in her corner during her fairytale quarter-final run at the 2009 Australian Open.

But it seems nothing makes Jelena Dokic as nervous as playing in front of a home crowd in Sydney.

The former world No.4 was largely wiped off the court by Frenchwoman Marion Bartoli at the Sydney International on Tuesday 6-0 6-3 and admitted she was on edge.

“My legs and my arms and everything just couldn’t move.”

Dokic said her nerves were a combination of factors including the fact she had only played a handful of matches in the last six months and because she’s endured a stop-start run with injuries since that remarkable Melbourne Park experience three years ago.

But it was also the venue.

“Sydney for me is different,” said Dokic, who did enjoy a memorable run here to the bronze medal playoff match against Monica Seles at the 2000 Olympics.

“It’s difficult because I grew up here. You know, I always want to do well here.”

She said Samantha Stosur – who has borne the weight of even more public expectation but has struggled in Australia, knew the feeling well.

“I think it’s hard. You see it with Sam also,” said Dokic who added she actually felt fit and in quite good form.

“It’s very hard to play for us at home because we want to do so well.

“I think in a way it’s a good lesson. No matter how much you think you are experienced in your tennis career, you always can learn something every day.”