Roger Federer's hopes of a fourth successive ATP title came to a premature end when he withdrew from the Qatar Open. 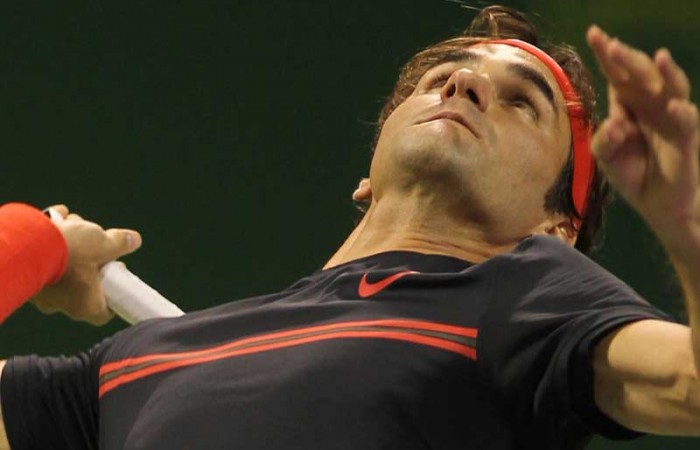 Roger Federer’s hopes of a fourth successive ATP title came to a premature end when he withdrew from the Qatar Open with a bad back on Friday.

The back spasms Federer felt during matches with Greg Zemlja and Andreas Seppi have not gone away despite treatment and painkillers, and he now feels the risk of compensatory injuries is now too great.

He has pulled out to give himself the best chance of appearing in good shape at the first Grand Slam tournament of the year, the Australian Open, starting at Melbourne in ten days time.

Federer was due to have met France’s Jo-Wilfried Tsonga, the number three seed, in the semifinals.

“I’m sorry for holding this press conference,” said Federer, who has been enjoying a 20-match unbeaten run.

“I hurt my back in my second round match (against Zemlja) and I don’t see any improvement today.

“I’ve played through two matches in pain and don’t think it’s the right thing to risk anything more now. It’s the only right decision to make.

“I’ve just been trying to manage the situation really. Back spasms happen and sometimes you can contain them with massage and pain killers. But I don’t want to drive myself crazy with more painkillers, and I need to do what’s right to get it better.”

Federer said he feels “optimistic” that he will be fit for the Australian Open, where he hopes to win back the title he lost to Novak Djokovic last year.

“Although it’s not very good it’s not crazy bad,” he said.

“I have had bad backs on the past, but this is not very good, otherwise I would definitely be playing.

“I feel that without play and with the right treatment, I will get through it in the next few days. That’s my personal opinion right now.

“But then of course I have along journey in front of me going to Australia, but I hope maybe midweek next week I should be a hundred percent again. But that’s just guessing.”

Meanwhile Federer will remain in Qatar for a day or two to meet his promotional commitments to the tournament.

It means that Tsonga, the world number six who wants to break into the top four for the first time this year, goes through for his 13th ATP World Tour final.

Tsonga had been looking forward to a rematch with Federer, whom he beat at Wimbledon and ran very close in the ATP World Tour finals in the last match of the 2011 season.

He lost to Federer in last year’s semis here and now will go one stage further – a final against either Rafael Nadal, the French Open champion, or Gael Monfils, his fellow Frenchman.