Former world No. 4 Jelena Dokic has been awarded the first female wildcard into the Apia International Sydney. 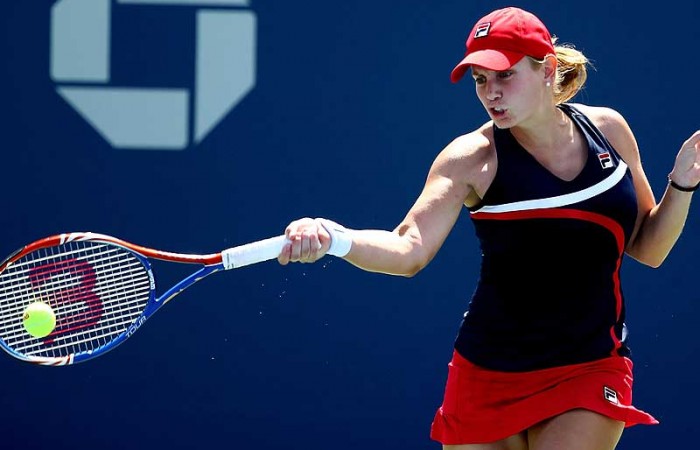 Sydney-raised Dokic will take her place in the main draw, beginning on Sunday 8 January, alongside nine of the world’s top 10 women, including Caroline Wozniacki, Petra Kvitova, Li Na and Sam Stosur.

Dokic, the current world No.66, will be making her second consecutive appearance at the event and is looking forward to a warm reception from her hometown crowd at Sydney Olympic Park Tennis Centre.

“I am very thankful to be awarded a wildcard into the Apia International Sydney,” Dokic said.

“I played there earlier this year after a long absence so I am really excited to be returning once more.

“It’s a terrific event with a great history and tradition and the women’s field in Sydney is always unbelievable.

“Last year I lost a tough match to (Svetlana) Kuznetsova in the first round but I am happy with how I am hitting the ball heading into the Australian summer and hopefully I can produce a few good matches in my old home city.”

Tournament Director Craig Watson said that Australia’s no. 3 ranked female thoroughly deserved a wildcard into the event after a consistent 2011 season.

“We are delighted that Jelena will be returning to the Apia International Sydney again in 2012,” Watson said.

“Jelena grew up playing tennis just a few suburbs away from Sydney Olympic Park so she will have the crowd right behind her throughout the event.

“On her day she really can match it with the world’s best and I wouldn’t be surprised if she caused an upset or two when the Apia International Sydney gets underway in just a couple of weeks time.”

Dokic,28, has won six WTA Tour career titles, including Kuala Lumpur in February this year where she defeated Grand Slam champion Francesca Schiavone in the first round.

Dokic also reached the final in s-Hertogenbosch in June and made a quarter final appearance in Paris in February.

There are three remaining wildcards for female players still to be confirmed, including two WTA Top 20 wildcards.

Apia International Sydney Ambassador Lleyton Hewitt and Australian No. 2 Matt Ebden have both received main draw wildcards, with one wildcard still to be awarded.