The resurgent Roger Federer is primed to serve up a treat over summer in Australia. 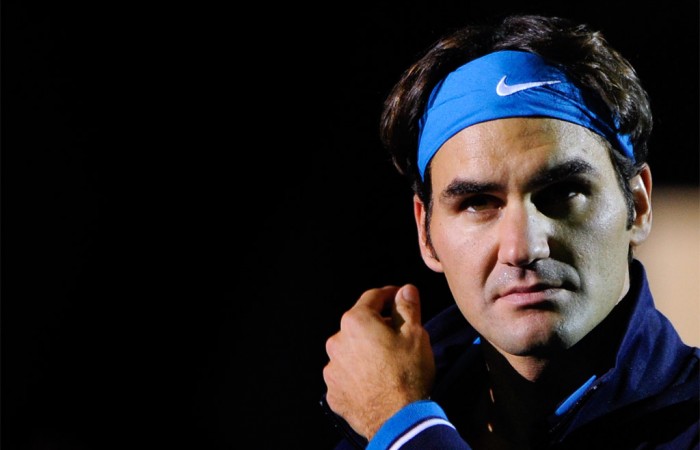 The resurgent Roger Federer is primed to serve up a treat as the world’s premier players jostle for a record $30 million in riches over the Australian summer.

The Australian Open starting in Melbourne on January 16 boasts the biggest purse in tennis history, a total prize pool of $26 million, including a whopping $2.3 million each for the men’s and women’s singles champions.

And recent form and revealing statistics suggest the sport’s all-time top earner is about to get a whole lot richer.

Having already banked $68.38 million in on-court earnings, Federer will arrive at Melbourne Park oozing confidence after ending 2011 on a 17-match winning streak.

The great Swiss hasn’t lost since blowing two match points against Novak Djokovic in the US Open semi-finals in September.

He added his 68th, 69th and 70th career trophies to his collection with a fifth success in his home city of Basel, a maiden indoor title in Paris and an unprecedented sixth season-ending triumph at the World Tour Finals in London.

The secret, it appears, is all in the delivery.

Despite having failed to land a grand slam crown for the first year since 2002, Federer, according to ATP number crunchers, is serving better than at any time in his remarkable career.

Since his most recent defeat, Federer is winning 83.2 per cent of first-serve points, a stunning strike rate that’s made him almost impossible to beat.

Just ask Rafael Nadal, his Spanish nemesis humbled 6-3 6-0 at the World Tour finals in his worst-ever loss to Federer.

“For me, it was the strongest finish I’ve ever had in my career. I’m looking forward to next year,” Federer ominously said.

Now 30, Federer’s 16th slam came in Melbourne in 2010, but fellow four-times Australian Open champion Ken Rosewall says it’d be foolish to back against the father of two breaking his two-year drought next month.

“He’s got to have a lot of good things going for him, but I think he’s going to be close,” Rosewall told AAP ahead of the 40th anniversary celebration of his 1972 Open triumph.

“I think he’s still got a lot of desire. I guess with his family he’s happy and he’s enjoying the competition, enjoying the tennis and, while he stays fit and healthy, he’s going to always be a force.”

In fact, far from expecting an Indian summer from Federer, Rosewall is tipping the most successful player in history to keep on keeping on for three or four more years.

“The game seems to come pretty easy to him,” said Rosewall, who famously played into his 40s.

“He moves well and, as far as I know, he’s never really had any physical problems.

“He just floats around the court. He’s always in position. I think his game is good.

“He’s always going to be dangerous. He hasn’t lost many matches to players he maybe should lose to. He’s always in there with a chance.”

Federer is the Open’s second favourite behind only world No.1 and defending champion Novak Djokovic.

But after compiling a ridiculous 64-2 win-loss record and threatening to complete the best season since John McEnroe’s magical 82-3 effort in 1984, Djokovic suffered four defeats in his last 10 matches of 2011.

Rosewall is unsure if the Serb can repeat his special three-from-four slam season.

“You never know with those things,” he said.

“Sometimes like the golfers, they have a great year and then all of a sudden something happens and they don’t perform well the next year.

“But he’s improved a lot. He’s hitting the ball harder – it’s just the way the game has progressed.

“If he stays healthy and doesn’t have any physical problems, he’s always going to be hard to beat.”

Djokovic thinks as much too, declaring himself refreshed and ready to go after a desperately needed fortnight’s rest.

“I’ve had enough time to recover physically and mentally and to get back into shape,” the 24-year-old said this week.

Federer, Djokovic and world No.2 Rafael Nadal won’t play competitively in Australia until the Melbourne Park grand slam, but the finest women’s players on earth will flock down under for lead-up events in Perth, Brisbane, Sydney and Hobart.

World No.1 Caroline Wozniacki and the second-ranked Petra Kvitova, the official 2011 player of the year, will launch their summer assaults at the Hopman Cup from December 31.

Nine of the world’s top 10 women, including Stosur, will complete their Open preparations at the Sydney International from January 6-14 and Rosewall said there was no reason why Australia’s big home hope couldn’t clinch back-to-back majors in Melbourne.

“It depends how she goes in either Brisbane or Sydney,” he said.

“I think she’s got the type of game that needs a bit of tennis. So those two events, it would be good for her to do well.

“The men, I don’t think you can look past the top four. (Andy) Murray, Nadal and Djokovic and Federer – these guys seem to have the wood on most of the other players.”

Of the top 100, only men’s world No.13 Robin Soderling and women’s No.69 Alisa Kleybanova, both battling illness, have failed to enter the 2012 Open draw.