Breaking into the world's top 10 by the age of 20 may sound ambitious. 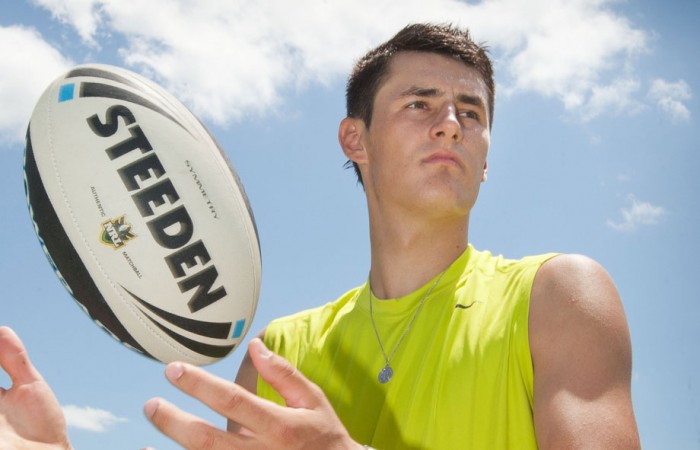 Breaking into the world’s top 10 by the age of 20 may sound ambitious.

But tennis prodigy Bernard Tomic reckons that may be the least of his achievements next year after surprising himself with his 2011 success.

Spurred on by fellow Gold Coast product Sam Stosur’s US Open success, world No.42 Tomic hoped he would be celebrating more than just his 20th birthday on October 21.

“I would love to be in the top 10 by my next birthday,” said Tomic on Tuesday as he prepared for the Brisbane International from January 1.

“If not, I am looking to be in the top 20. It will be a hard task but I have done well this year.

“I did not think I would be where I am – anything is possible.

“I have a lot of tournaments where I can get points in the next six months.”

Tomic is thinking big after this year becoming the youngest man to reach the Wimbledon quarter-finals since Boris Becker in 1986.

The teenager qualified for Wimbledon as the world No.158 but had rocketed into the top 50 for the first time by the end of the year.

Tomic admitted he would be under more pressure to perform from an Australian sporting public starved for tennis success since Lleyton Hewitt’s decline.

But Tomic didn’t mind adding to that pressure himself with grand slam success and Olympic medals now in his sights following Stosur’s US Open triumph.

“It (Stosur) motivates us a lot. I look at it and say I want to win a grand slam like her,” he said.

“That will always be with her that title, and maybe in the future I can win tournaments like that.

“The Olympics will be my focus as well next year.

“It is a true event, one that I want to win a medal at.

“There is a little bit more pressure on me, but I have always had pressure from a young age – I know how to handle it.”