Casey at home on the court

Beneath sunny skies on an outside court at Melbourne Park yesterday, Casey Dellacqua looked a picture of health. Tanned and lean, the West Australian completed a sprightly practice session, striking her groundstrokes cleanly, smiling and chatting with her coach, and winning the bulk of points against her practice partner. 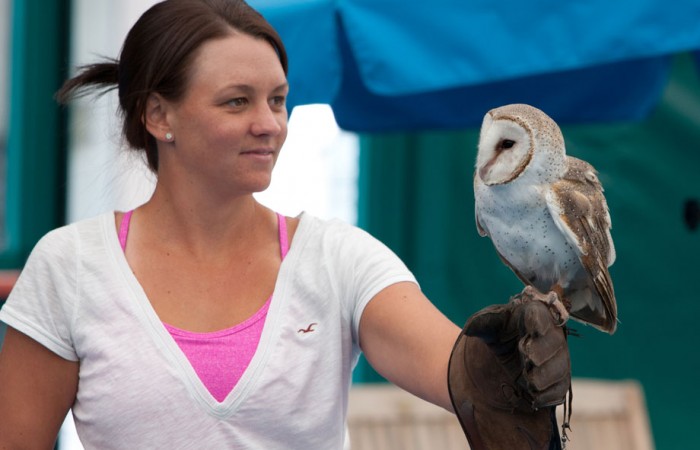 Beneath sunny skies on an outside court at Melbourne Park yesterday, Casey Dellacqua looked a picture of health. Tanned and lean, the West Australian completed a sprightly practice session, striking her groundstrokes cleanly, smiling and chatting with her coach, and winning the bulk of points against her practice partner.

Having Dellacqua back to health and in good form is fabulous news for Australian tennis, yet it has been a rare situation in recent years. The former world No.39 struggled throughout 2009 and 2010 with shoulder and foot injuries – both of which necessitated surgery – and even spent an early portion of this year unranked.

Yet playing a full schedule in 2011 for the first time in three years, Dellacqua soon remedied that. She raced back up the rankings to her current mark of No.133 following impressive results on the ITF circuit, highlighted by six consecutive titles at Pro Tour events around Australia since September. She now enters the 2012 Australian Open Wildcard Play-off, beginning today, as the top seed.

Dellacqua says she would love the knowledge before Christmas and in preparation for the Australian summer that she has secured a wildcard into the main draw at Melbourne Park. As a result, her motivation levels are high entering the event.

“I want to win this wildcard [and] I want to win it in the play-off. Obviously I’m the hunted now [as] I’ve won a lot of matches, a lot of the girls [will] have nothing to lose … It’s going to be on my racquet,” she says.

“But I’m just going to play my game. I’ve been hitting the ball fantastic. As long as I keep going along the way I’ve been going, then whatever the result will be, will be, but I’m certainly heading in the right direction.”

She begins her campaign against hyper-talented 15-year-old Ashleigh Barty, who last week slashed her way through the girls’ Optus 18s Australian Championships draw without the loss of a set to take the title. Dellacqua has not seen much of the 2011 Wimbledon girls’ winner in action, but says she’s looking forward to the challenge.

“I’m excited to play her, I certainly don’t take any match lightly … I’m sure Ash is going to give me a tough match tomorrow, but I’ll be definitely ready to go,” she says.

Dellacqua is currently enjoying a 30-match winning streak, having not lost a match since falling in the first round of the US Open. She believes she has successfully navigated the fine line between gaining lots of match play to help her confidence, and playing too many events that could lead to exhaustion.

Part of that balance came through smart scheduling. Dellacqua took a month off after winning in Kalgoorlie in October to complete a fitness block rather than grinding through more matches and tournaments. It’s a decision that she says left her feeling both mentally and physically fresh before embarking on two more events in Traralgon and Bendigo.

For Dellacqua, the wildcard play-off again represents a good balance of match play and rest time leading into the 2012 season.

“I didn’t want to go from Bendigo [in November] to Brisbane [in January] not really playing a match, so that’s why this play-off is really important for me,” she says.

“I’m guaranteed of getting another three matches under my belt this week, and it certainly puts me in good stead for next year, because I’ll be out there playing instead of practicing, which can sometimes be a bit of a grind.”

After her match against Barty, Dellacqua will take on eighth-seed Emelyn Starr and Stephanie Bengson to round out her matches in Group A. Good performances will help her qualify for the knock-out semifinals stage.

Her Australian Open lead-up will continue in January, with plans to contest the Brisbane International and either the Sydney or Hobart event the following week, depending on how the ranking cut-off marks will affect her chances of entry. Following the Australian Open, Dellacqua says she aims to head overseas and play a mix of WTA and ITF events, with the ultimate goal of improving her ranking enough to gain direct entry into the main draw of Roland Garros in May.

She says she is looking forward to taking on some of the bigger names in the women’s game.

“Obviously these [Pro Tour events] I’ve played aren’t the strongest [ones] going around, and I know that. I think now that’s the next step for me, I’ve got to play the big girls and I’ve got to play on the WTA Tour and see where I’m at,” she says.

“But certainly playing a lot of these matches on the Pro Tour gives you that confidence to know you’re playing good enough. I was winning matches at those tournaments quite comfortably and not dropping too many sets along the way, and the most important thing is I was doing it consistently – I backed it up week after week and I was pretty happy with that.”

“At the beginning of the year I really only had ambitions to maybe be top 200, so I’ve certainly won a lot more matches and done a lot better than I possibly thought I would, which is great,” she says.

“I’m just really looking forward to getting stuck into next year. I think I’ve set myself up for a really good year … [I’m] putting a good schedule together that will hopefully head me back to where I was prior to all my injuries.”