Casey Dellacqua and Benjamin Mitchell will lead a high-quality field of national and international players at the Latrobe City Tennis International. 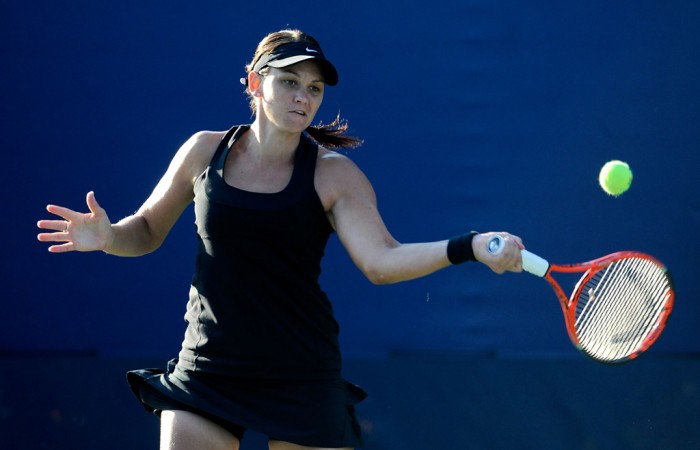 Casey Dellacqua (WA) and Benjamin Mitchell (Qld) will lead a high-quality field of national and international players at the Latrobe City Tennis International, part of the Australian Pro Tour, to be held at Traralgon Tennis Association from 12-20 November, with the main draw to start on Tuesday.

Latrobe Valley residents will have the opportunity to see the tennis stars of the future as they ready themselves for the Australian summer of tennis and compete for USD $40,000 in prize money and valuable ranking points.

Australia will be represented in the women’s draw by Casey Dellacqua, 2011 French Open mixed doubles champion and winner of four Pro Tour events this year. Also in the mix is Olivia Rogowska (Vic) who’s won two events on the Pro Tour this year, and last week’s champion in Mount Gambier, Bojana Bobusic (WA).

In the men’s competition Ben Mitchell will be joined by James Lemke (Vic), Michael Look (Qld) and Isaac Frost (Qld), all vying for their second Pro Tour title this year. Luke Saville (SA), 2011 Junior Wimbledon champion will also be in action.

Tournament Director Melissa Jelliff praised the Traralgon Tennis Association, Latrobe City Council and the local community for their ongoing support of the event and Australian tennis.

“I’m delighted to be heading back to Traralgon for the Latrobe City Tennis International. To have a host of world-class players and established champions such as Casey Dellacqua alongside emerging national talent like Olivia Rogowska and Isabella Holland, not to mention the 2011 Junior Wimbledon champion Luke Saville is very exciting.

“I really hope local residents will embrace the chance to enjoy a week of world class tennis and the fantastic facilities at the Franklin Street tennis complex,” Jeliff said.

The Traralgon Tennis Association is looking forward to holding the next event on the Pro Tour calendar, especially with its newly resurfaced courts.

“The club is very proud to hold a men’s and women’s Pro Tour event. The atmosphere around the club during the tournament is very exciting,” Traralgon Tennis Association Manager Susie Grumley said.

“This is the first major tournament to be played on our new plexicushion courts, which have just been resurfaced.

“The club warmly invites everyone to come down over the week and support the tennis event.”

“The event showcases the national standard facilities we have in the city, enhances community pride, provides economic benefits and will showcase our city to a national and international market,” Latrobe City Council representative Jason Membrey said.

“Events such as these provide the Latrobe City community an opportunity to see world class athletes in action, inspiring young athletes within our community.”

The Latrobe City Tennis International is part of the 2011 – 2012 Australian Pro Tour, a series of professional tennis events that bridge junior events and the ATP/WTA Tour, providing an opportunity for players to earn their first world ranking points.