Milos Raonic powered into the semifinals of the Stockholm Open on Friday. 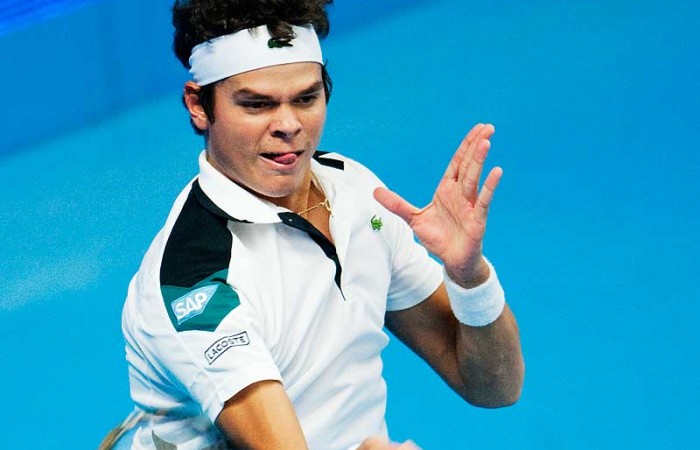 Canadian sixth seed Milos Raonic unleashed 14 aces as he hammered Bulgaria’s Grigor Dimitrov 7-5 6-4 to power into the semifinals of the Stockholm Open on Friday.

“I took care of everything I needed to, hitting my serve and creating opportunities,” said Raonic.

“The job is to take care of the serve and look for opportunities — and I couldn’t have taken care of serving any better,” he said, after pounding 14 aces and hitting 34 winners in 78 minutes of power-hitting.

Kamke, ranked 109, went down to defeat in just over two hours.

Meanwhile, the Davis Cup final hopes of David Nalbandian took a hit when the Argentine was forced to pull out before his match with America’s James Blake due to a thigh injury.

Blake, who has had his own injury worries for the last few seasons, had beaten Nalbandian in both of their previous meetings, including two months ago on hardcourt in Washington.