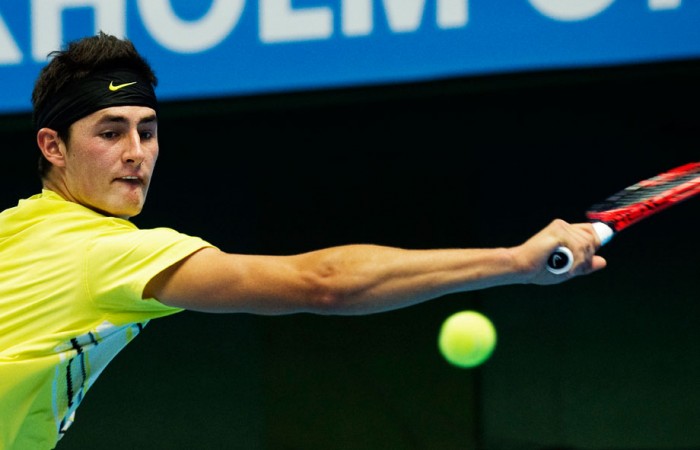 The Frenchman will be testing a knee injury that forced him to miss last week’s Shanghai Masters, where Tomic earned a top 10 win over American Mardy Fish.

A positive scan result in Paris allowed Monfils to return to the ATP this autumn after his fitness scare.

“It’s a first match for him and I’ve gotten a feeling for the court. But Gael’s a world-class player, it will be a good fight.”

Tomic won the opening set against number 145 Zopp in a tiebreaker, but had to run out the final set to love to earn the victory in just over one and three-quarters hours with 10 aces and 51 winners.

“It was really tough, it was my first time on the centre court here. To play a guy like that in the first round is tricky. I’m happy I won in the end.”

Wimbledon quarterfinalist Tomic stands 16-14 on the season as he heads into his first match against Monfils.

“I played well in Asia and I have a good feeling come into this event,” said the Australian.

“Wimbledon was big for me but I have a lot to learn and need to spend the next few years improving my game.”

No.70 Dimitrov won a round in Shanghai and reached the Bangkok quarterfinal where he lost to Andy Murray.