Rodionova bows out of Linz

Dominika Cibulkova of Slovakia rallied to beat Anastasia Rodionova of Australia 6-7(5) 6-2 6-1 to reach her third WTA semifinal of the seasonat the Austrian WTA event in Linz. 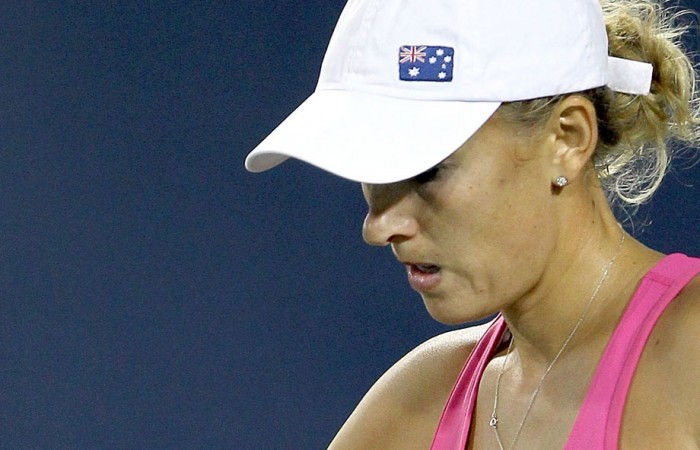 Dominika Cibulkova of Slovakia rallied to beat Anastasia Rodionova of Australia 6-7(5) 6-2 6-1 to reach her third WTA semifinal of the seasonat the Austrian WTA event in Linz.

The seventh-seeded Cibulkova was broken when serving for the opening set and lost it in the tiebreaker but was in control of the match afterward.

In the semifinals, Cibulkova will play Lucie Safarova of the Czech Republic, who defeated Sorana Cirstea of Romania 7-5 6-2. The 27th-ranked Safarova is looking to reach her third final of the year after Kuala Lumpur and Copenhagen.

Wimbledon champion Petra Kvitova eased past Daniela Hantuchova of Slovakia 6-2 6-2 on Friday to reach her seventh semifinal of the season.

Kvitova, who won four events this season and is ranked a career-high fourth, played flawlessly to race into a 4-0 lead against Hantuchova before making a couple of mistakes and dropping her serve. The Czech player regained control immediately afterward.

“I have enjoyed every match so far here and I am starting to play really well,” Kvitova said. “That’s important with (the WTA Championships in) Istanbul and the Fed Cup (final) coming up.”

Jankovic went 1-2 down in the opening set against Rodino before winning seven straight games. Jankovic, still seeking her first title of the season, lost serve once in the second set but broke again at 4-4 and closed out the victory with a love game.