Former world No. 1 American Andy Roddick is returning to the 2012 AAMI Classic at Kooyong. 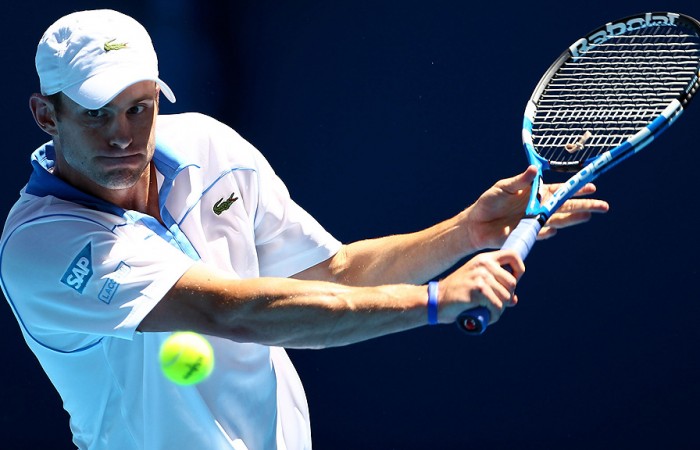 The “A-Rod” from Austin, Texas, has won the event three times. He started the year well by winning the Memphis tournament in February, but has since been hampered by injuries. He rocketed back into form by reaching the semis in Winston Salem and then last month the quarterfinals of the US Open in New York.

Tournament Director Colin Stubs felt the time was right to ask the question again: “I had a gut feel this year that Andy might be ready to return. That was vindicated when I picked up the phone to his manager recently and received a positive response,” he said.

Czech TOMAS BERDYCH (7), who was part of the 2011 AAMI Classic field, is keen to return, having just taken out the Beijing tournament last week. Over the past two years he has worked on his fitness and strength, so is at the stage where he is a genuine Grand Slam title contender. He reached the Wimbledon final in 2010 and this year has hovered around the finals on 12 weekends (five semis and seven quarter-finals), showing consistent form.

Joining Roddick and back for the third time is Frenchman JO-WILFRIED TSONGA, whose ranking has shot up to 8 after a strong quarterfinal showing at the US Open, a recent win in Metz (France) and a semifinal appearance in Beijing. In his most successful year, he has reached two finals, three semis and two quarterfinals. His best Grand Slam result was making the semifinals at Wimbledon.

Compatriot GAEL MONFILS (ranked 10) notches up his second Kooyong visit. Known as one of the finest athletes on the ATP Tour, “Lamonf” is having his best year on the circuit, making the final in Washington, semis in San Jose, Halle and Bangkok, plus five quarterfinals.

Highest ranked Australian BERNARD TOMIC (49), who reached the quarterfinals in Tokyo last week and attained the pinnacle of his short career by making the quarterfinals at Wimbledon mid-year, will join the above five players, leaving two spots remaining in the eight man field.

“I am really looking forward to seeing  Tomic play against some of the best and charismatic players in the world,” said Stubs. “Demand for the remaining two spots in the field has been high and at this time dialogue is taking place with Andy Murray, Mardy Fish, Gilles Simon, Janko Tipsarevic, Fernando Verdasco, Alex Dolgopolov, Mikael Youzhny, Milos Raonic and Florian Mayer. We are pleased by the rock-solid support which has been shown by our corporate supporters and we are determined to produce an ‘up close’ and family friendly world-class sporting and entertainment event in January at Kooyong, the spiritual home of Australian tennis”.

The four-day event, now in its 24th year, is sponsored by leading Australian car and home insurer, AAMI. It receives live national television coverage by the Seven Network, footage from which is distributed by IEC in Sport to over 65 international outlets.