Update 2:15 pm. The Davis Cup playoff tie between Australia and Switzerland will come down to the final singles rubber after Roger Federer beat Bernard Tomic in four sets to level the fixture at 2-2 on Sunday. 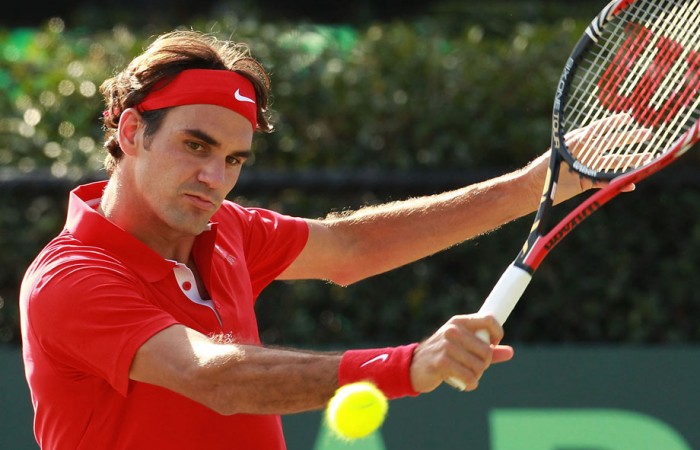 Update 2:15 pm. The Davis Cup playoff tie between Australia and Switzerland will come down to the final singles rubber after Roger Federer beat Bernard Tomic in four sets to level the fixture at 2-2 on Sunday.

In warm conditions and swirling winds at Royal Sydney the world No.3 was too good for the gifted 18-year-old who had his moments and even pinched a set before going down 6-2 7-5 3-6 6-3.

Lleyton Hewitt will take on Stanislas Wawrinka in the final match, the winner of that rubber securing the tie for their country and promotion to the 16-team World Group for 2012.

Despite a major ranking gulf between the two players – Hewitt is No.199 in the world while Wawrinka is No.19 – the Australian will go in as warm favourite with the Swiss losing a singles and doubles match already and having his share of troubles with a foot problem and the grass courts.

There were few expectations world No.59 Tomic would trouble Federer, who had beaten Hewitt in four sets on the opening day and was starting to find his feet on the low-bouncing surface.

But if the home side had conceded the tie you wouldn’t have known it early in the match as a furious Australian team captain Pat Rafter blasted umpire Alexandre (Alexandre) Juge for failing to turn off what appeared to be a malfunctioning let-cord alarm.

Rafter and Swiss counterpart Severin Luthi had apparently agreed to have it switched off because it seemed to randomly trigger and when it sounded again after a Tomic serve in the first game, the two-time US Open champion let fly.

“Take it off now or I’ll rip the bloody thing off,” Rafter told Juge.

The incident proved no major distraction for Tomic, who warded off five break points to win his service game but it would prove cold comfort as Federer claimed two breaks to take the first set anyway.

Tomic had his chances in the second set, going up an early break but Federer broke straight back and then captured another to secure it 7-5.

A noticeably relaxed Tomic claimed an early break in the third set and this time hung on.

The fourth set was something of a crapshoot in the swirling conditions with the players trading breaks but Federer’s experience told in the end as he took the tie into a decider.