Dokic advances at US Open

Jelena Dokic has advanced to a second round clash against former US Open finalist Jelena Jankovic at Flushing Meadows. 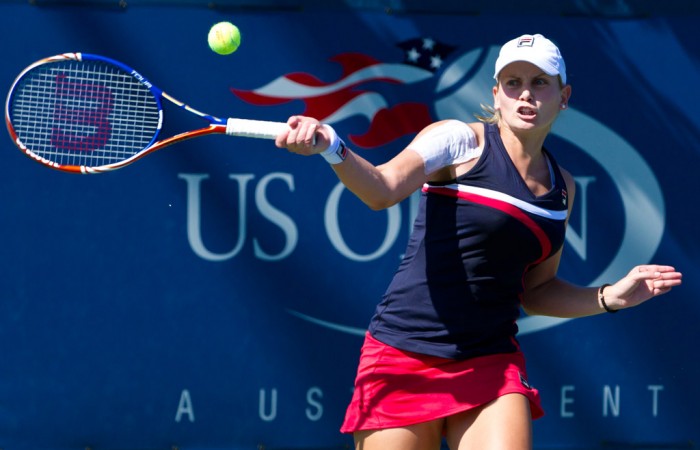 Jelena Dokic overcame an injury-troubled preparation to advance to a US Open second round clash with 2008 finalist and former world No.1 Jelena Jankovic.

The Australian snapped a five-match losing streak by dismissing world No.110 Olga Govortsova 6-3 6-1 in 69 minutes at Flushing Meadows.

The world No.73 entered Tuesday’s match with few expectations and was delighted to progress to the second round for only the second time in her past eight grand slams.

“I have some good days and then I have some bad days with it,” she said of her shoulder.

“I am serving about 60 per cent, still I am not serving full but considering all that to win the first round of a grand slam against a pretty good player comfortably is a great start.”

While the 28-year-old was all smiles after her match, compatriot Marinko Matosevic was left shattered by an ankle injury that forced him to retire in the opening set against Argentine Juan Ignacio Chela.

Matosevic trailed 3-1 on his US Open debut when he called it quits on the day of Chela’s 32nd birthday.

“I went to run for the ball and just rolled it,” Matosevic said.

“I knew it was bad immediately.

“I’m shattered. I am going to the hospital to get it scanned now.”

Dokic had to take the past three weeks off to allow her shoulder time to recover for Flushing Meadows.

“I have been carrying it for now four or five weeks, we are doing everything we can to get it back to where it should be,” she said.

“I have been going to doctors and hospitals and having X-rays, it has been a very hard summer in the [United] States but this match makes up for a lot of it.”