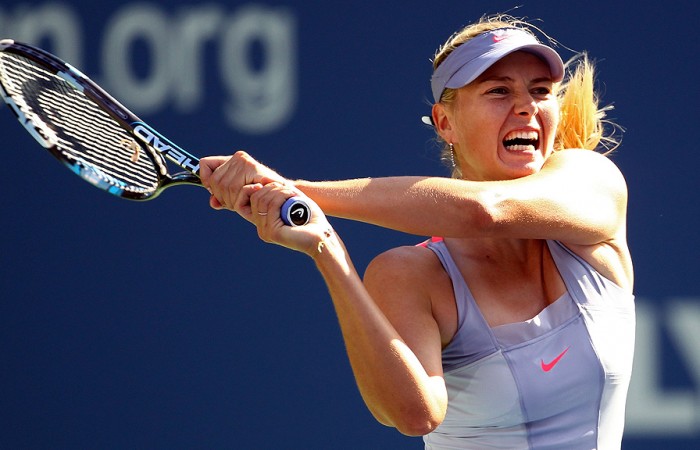 Maria Sharapova survived a US Open first round scare on Monday when she clawed her way back from a set and a break down to defeat gutsy British teenager Heather Watson, the world No.104.

Watson wasn’t overawed until the final set when Sharapova, a French Open and Wimbledon semifinalist this summer, switched on the turbo-power.

The Russian finished with a blistering 41 winners to Watson’s nine although her 58 unforced errors and eight double faults were hardly the statistics of a champion-in-waiting.

Sharapova was plagued by mistakes in the first set on the showpiece Arthur Ashe stadium. She fell 4-1 down, managed to save two set points in the ninth game before a netted second service return gave Watson the opener.

The Russian also dropped serve in the opening game of the second set before she hit back to lead 4-1.

Back came the battling Briton as Sharapova double-faulted in the seventh game to surrender the break.

But at 5-6 down, Watson’s nerve finally failed her.

A handful of silly errors allowed Sharapova to level the tie.

The Russian was quickly into a 3-0 lead in the decider as her young opponent wilted under the barrage of groundstrokes as well as the Sharapova ear-piercing vocals.

But from 1-4 down, Watson recovered the break to go to 3-4 before another thrilling twist saw Sharapova once again summon all of her renowned fighting spirit to break again for a 5-3 lead.

Watson saved a match point but a long forehand confirmed her defeat and a place for Sharapova in the next round where she will face either Anastasiya Yakimova of Belarus or Thailand’s Noppawan Lertcheewakarn.

Despite her victory, Sharapova’s customary on-court shrieking was not to everyone’s liking.

Star British golfer Lee Westwood wrote on Twitter: “Glad Sharapova’s not playing in Crans this week! They’d hear her in Geneva! Come on Watson finish her off for the sake of our eardrums!”

Wimbledon champion Petra Kvitova crashed out of the US Open on Monday, losing 7-6 (7-3) 6-3 to Romanian Alexandra Dulgheru.

Kvitova, ranked seventh in the world and seeded fifth, has struggled since capturing the Wimbledon title and the return to the grand slam stage proved no tonic for the 21-year-old Czech, who had 52 unforced errors.

Dulgheru, ranked 48th in the world, advanced to a second-round clash with compatriot Monica Niculescu, who was a 6-3 6-3 winner over Austrian Patricia Mayr.