US Open expected to start on time

This year's US Open tennis tournament is set to start on time on Monday (Tuesday AM AEST) after New York dodged the full fury of Hurricane Irene on Sunday. 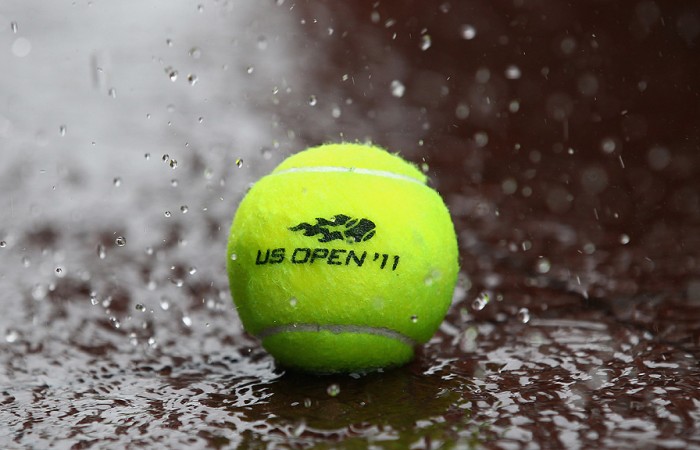 This year’s US Open tennis tournament is set to start on time on Monday (Tuesday AM AEST) after New York dodged the full fury of Hurricane Irene on Sunday.

The hurricane was downgraded to a tropical storm as it lashed the iconic city on Saturday night and Sunday morning.

There was flooding in New York in low-lying areas but the waters have already started receding just under 24 hours before play is due to start at 11am on Monday (0100 Tuesday AEST).

“We’re getting the tennis centre ready for a tentative Monday start at 11am.”

Bernard Tomic is scheduled to be the first Australian on court in the final grand slam of the year at Flushing Meadows.

The Wimbledon quarterfinalist will take on American world No.208 Michael Yani on Monday for a spot in the second round with the Australian eyeing a possible third-round clash against Roger Federer.

It will be the Queenslander’s first main-draw appearance at the US Open while Yani has never progressed beyond the opening round at a grand slam.

Samantha Stosur, a Flushing Meadows quarterfinalist last year, is due to open her campaign against Swedish world No.56 Sofia Arvidsson late on Monday local time.

Anastasia Rodionova is the other Australian in action on the opening day and she meets former Russian compatriot Alla Kudryavtseva.

Tomic, who has only recorded one win from his three lead-up tournaments on hardcourt, expected 30-year-old Yani to be a handful.

“He is really tricky, he knows how to play and he has a good serve,” Tomic said.

“He got the better of the me the first two times we played in straight sets, so I have to come into this match really focused.”