Serena Williams returns to the scene of her first Grand Slam triumph seeking to seal her comeback from a frightening year by lifting a fourth US Open trophy. 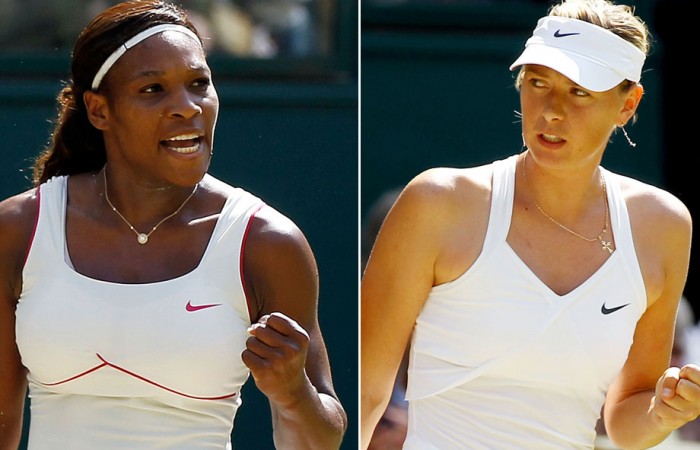 Serena Williams returns to the scene of her first Grand Slam triumph seeking to seal her comeback from a frightening year by lifting a fourth US Open trophy.

Certainly the signs are good. Even without the benefit of a top-10 world ranking Williams has established herself as the favourite with two dominant hardcourt victories in Stanford and Toronto.

The titles came in her third and fourth tournaments back from an 11-month absence due to injury and illness – including dangerous blood clots in her lungs.

A mid-week withdrawal with a sore toe at Cincinnati appears to have been just a blip – a precautionary move to insure she’d be healthy for Flushing Meadows.

Williams was well enough to attend the wedding of celebrity buddy Kim Kardashian.

With the little holiday, Williams said: “I have more opportunity to rest up and get 200 per cent healthy – which could be a very dangerous thing.”

The injury absence of two-time reigning champion Kim Clijsters along with the malaise gripping world No.1 Caroline Wozniacki put the spotlight firmly on Williams and another resurgent champion, Maria Sharapova.

The Russian star, who made it to the final at Wimbledon, rides the momentum of a victory in Cincinnati into the Open.

“It’s great to have a win under your belt going into a major,” said Sharapova, who said she was looking forward to the US Open even with the pressure that a Grand Slam fortnight brings.

“Pressure is part of our sport, and nerves and adrenaline. I think if nobody feels that, it’s pretty unhuman.

“So it’s really about how you deal with it. It’s a Grand Slam. It’s a huge event for us, and the matches and the opponents and the pressure and the crowd, it’s all part of the package.”

Li, China’s first Grand Slam singles champion, has struggled since her French triumph. She was outgunned by Germany’s Sabine Lisicki in the second round at Wimbledon, lost her first match in Toronto and in the third round at Cincinnati.

Kvitova, 21, who spent some time after Wimbledon resting and recovering from a thigh injury, has also had modest results in the build-up to the Open, but still hopes to show her first Grand Slam title was no fluke.

Then there’s the rest of the current top-five, starting with world No.2 Vera Zvonareva.

She reached the finals at Wimbledon and the US Open last year, but her best Grand Slam performance in 2011 was her semifinal appearance at the Australian Open.

The Russian, who earned her 12th career WTA title at Baku in July, would like nothing better than to claim a breakthrough Grand Slam title at Flushing Meadows, where the everyday rough-and-tumble of New York lends an edge to the atmosphere.

“Just the energy of it. It makes you maybe a better competitor.

World No.5 Victoria Azarenka of Belarus is also in search of a first Grand Slam title. She made it to the semifinals at Wimbledon – her best showing in a major to date.

However, she suffered an injury setback when a strained right hand forced her out of Cincinnati.

Plenty of other women have battled injuries and ailments in recent weeks.

Poland’s Agnieszka Radwanska has been nursing shoulder and back problems. Slovakian Dominika Cibulkova has an abdominal strain and American Bethanie Mattek-Sands has battled a sore shoulder.

Germany’s Andrea Petkovic played her Cincinnati semifinal with her leg heavily taped after tearing cartilage in a knee, while China’s Peng Shuai pulled out of the quarterfinals with a sore hip.

It all seems further reason to focus on Serena and Sharapova, battle-tested veterans who are on the rise after injury troubles of their own.

“I consider myself a favourite to just do what I can do best, if that means winning the US Open, obviously I want to,” Williams said.

“I went through a lot of things physically and mentally and emotionally and, going through so much, I’m just taking it one day at a time and just going with it.”