Casey Dellacqua has been awarded a wildcard into the main draw of this month’s US Open. 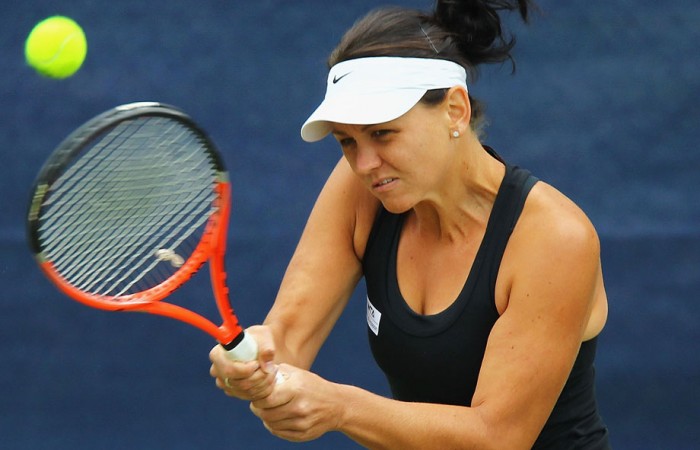 Casey Dellacqua has been awarded a wildcard into the main draw of this month’s US Open.

“I am very grateful for this opportunity and am looking forward to playing at the US Open for the first time since 2008,” Dellacqua said.

“I’m looking forward to the challenge and can’t wait to take on the world’s best once again.”

After being sidelined by injury in late 2010, Dellacqua enjoyed a promising return this year by claiming five titles (one singles and four doubles) on the Australian Pro Tour before tasting success in mixed doubles at the French Open.

Tennis Australia Professional Tennis Manager Todd Woodbridge was pleased to offer the former world No.39 a wildcard into her third US Open.

“Casey’s certainly had her run of bad luck with injuries over the past couple of years so it’s been very encouraging to see her achieve some great results recently, particularly winning the mixed at Roland Garros. We wish her all the best in New York,” Woodbridge said.

Currently ranked No.4 in the ITF Junior rankings, the 15 year-old has been awarded a wildcard into US Open qualifying and will be working towards a maiden appearance in the main draw of a Grand Slam® tournament.

“Her win at the Junior Championships at Wimbledon was a great pay off for all the hard work she’s put in and I’m thrilled the USTA has granted her a wildcard into the women’s qualifying event.

“We are also pleased to confirm that Jason Stoltenberg will continue to work with Ash this year, alongside AIS coach Nicole Pratt. Jason and Ash worked really well together at Wimbledon and will head to the US shortly. It’s great to have him involved in our player pathway.”

Tennis Australia and the United States Tennis Association have a reciprocal agreement offering one men’s and one women’s wildcard to the Australian Open and US Open each year.