Tomic advances to second round in Canada

Wimbledon quarter-finalist Bernard Tomic has advanced to the second round of the ATP Montreal Masters with a win over Taiwan's Lu Yen-Hsun. 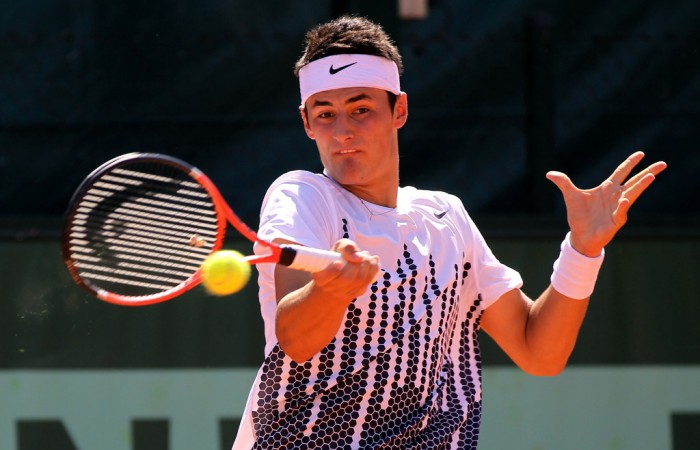 Tomic held his nerve in the first-set tiebreaker and cruised to victory against the world No.66.

The 18-year-old Australian, ranked 68th after his breakthrough performance at Wimbledon, took the match in less than two hours.

Victory over Tsonga is likely to carry the reward of a meeting with third-seeded Roger Federer, who will play the winner of Tuesday’s match between Canada’s Vasek Pospisil and Argentine Juan Ignacio Chela.

Djokovic will start on Tuesday against Russian Nikolay Davydenko, a former member of the top five elite who beat Italy’s Flavio Cipolla 6-3 6-3.

29-year-old David Nalbandian continued his recent form slump, with a second consecutive first-round loss on cement in as many weeks.

Nalbandian was crushed 6-1 6-4 by Swiss Stanislas Wawrinka, who advanced with eight aces and 25 winners while his Argentine opponent – a US Open semi-finalist in 2003 – struck 22 unforced errors and lost serve four times.

“With him, you never know,” Wawrinka said.

“Today, he was not playing really good. I think he’s not really ready. But in one week, he can change his level.

“Next week, he can play really well, beat every player and be in the semi-final or final. But we’ll see.”

Wawrinka is making yet another change of tennis surface after playing on grass at Wimbledon, switching to indoors for a Davis Cup tie and then to clay for the Gstaad ATP event last month, before turning to hardcourt for the run to the US Open which starts on August 29.

“But with experience every year, it’s more easy for me to come back from clay to hardcourt. I had almost a week, five days here to practise, to be ready.

“Everything is great. I’m playing great, I’m practising really well. To win in two straight sets was really good for me.”

The ATP Montreal Masters marks the first time that the world’s top four of Djokovic, Nadal, Federer and Murray have played since Wimbledon or the Davis Cup last month.