Anieszka Radwanska dominated top seed Vera Zvonareva 6-3 6-4 on Sunday to claim her first title in three years with a victory at the WTA San Diego Open. 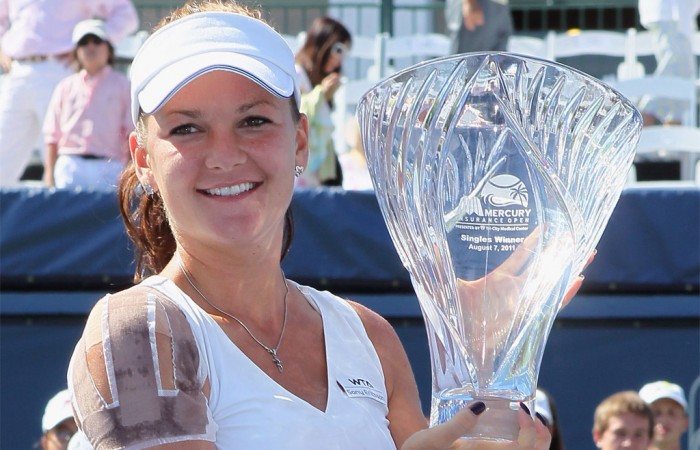 Agnieszka Radwanska dominated top seed Vera Zvonareva 6-3 6-4 on Sunday to claim her first title in three years with a victory at the WTA San Diego Open.

Radwanska, the third seed from Poland, played all week with a nerve problem in her heavily taped right shoulder.

But she improved on her runner-up finish in San Diego last year to Svetlana Kuznetsova.

Radwanska hadn’t reached a final since then, but on Sunday her triumph snapped Zvonareva’s match winning streak at nine.

Although Zvonareva was able to save one match point, she ultimately couldn’t hold off Radwanska and smashed a racquet in defeat.

Radwanska pocketed the first set in 30 minutes on the back of a service break in the fourth game.

She took control of the second set with a break for 2-1 and carried the margin to the win.

Radwanska, playing her seventh career final, claimed her fifth career title but her first since Eastbourne in 2008.

She will move up a position to 12th in the WTA world rankings, displacing Kuznetsova, who did not defend her title here because of a groin strain.

Zvonareva, ranked third in the world, lost a final for the first time this year after triumphs at Doha in February and Baku last month.