Jelena Dokic's has been knocked out in the first round of the Citi Open as she begins her US Open build-up. 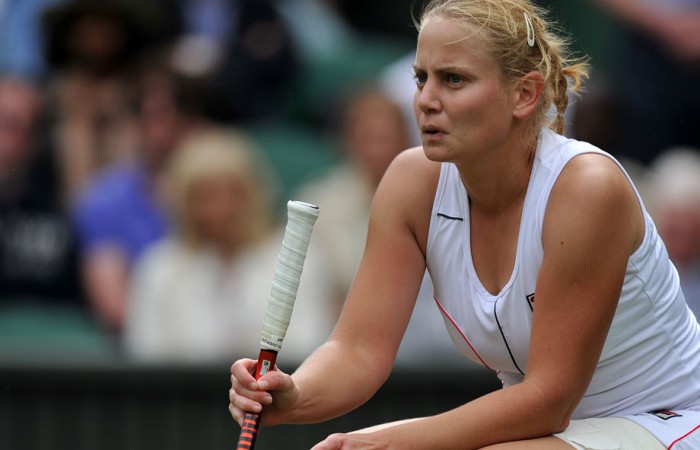 Jelena Dokic’s has been knocked out in the first round of the Citi Open as she begins her US Open build-up.

Fourth seed Dokic was beaten 6-3 6-4 by China’s Zhang Shuai at the WTA hardcourt event in suburban Washington on Tuesday.

The 28-year-old Australian won only one WTA match in 2010 but her comeback surged with a sixth career WTA title in Kuala Lumpur in February and a runner-up effort last month at ‘s-Hertogenbosch.

The Grand Slams haven’t been kind to Dokic in 2011, however, with a second round loss at the Australian Open followed by first-round exits at the French Open and Wimbledon.

Aiming for better at the upcoming US Open, world No.54 Dokic was returning to tournament action on Tuesday after pulling out of two events earlier this month due to a hamstring injury.

“I’m not too disappointed. I would have liked to have won but I’m looking forward. The idea is to peak for the US Open,” Dokic said.

“It’s quite a long season. The first tournament is always a warm-up to get into it. There is a transition from clay to grass to hard courts and I’m still getting used to it. There’s a lot of tennis still coming.

“I’ve had some good results [this year] but had some quite erratic results … I would like to be a little more consistent.

“Winning a title has helped me and gotten my confidence back up. It’s just a matter of keeping that going. It’s not so much about the ranking. It’s about improving my game.”