Fresh from his triumph in the Wimbledon boys’ singles final, Luke Saville has set his sights on claiming the year-end world No.1 junior ranking. 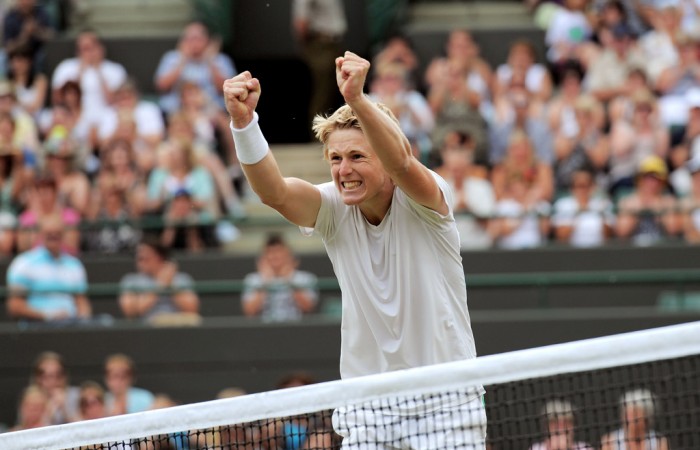 Fresh from his triumph in the Wimbledon boys’ singles final, Luke Saville has set his sights on claiming the year-end world No.1 junior ranking.

Saville arrived back in Australia last week for a short break at home with his family before he embarks on a four-week training block in the lead-up to the US Open Junior Championships in September.

The 17-year-old also reached the final of the Australian Open Junior Championships in January and now sits at No.2 on the ITF Junior Rankings behind Jiri Vesely from the Czech Republic.

“Finishing No.1 this year I think would be great and you know if I could win the US Open Juniors it would be an unbelievable junior year I think,” Saville said.

“After the US Open, if I can play the Australian Pro Tour events throughout November and December I think that would be great.”

“I think there might be six, seven or eight Futures [tournaments] in a row and I’ll play all of them so hopefully that’s a great opportunity to get my ATP ranking up.”

“I want to really push on from here, you know because it’s only the juniors and I want to be competing in the men’s in a couple of years. It’s good to  get my name out there a little bit from this result but you know it’s just a stepping stone to push on from here and [boosting] my ATP ranking is the main goal at the end of the day.”

Saville is the fifth Australian to win the Wimbledon Junior title and the first since Todd Reid back in 2002.

His opponent in the Wimbledon final – Brit Liam Broady – had the home crowd behind him like Saville did in January but having previous finals experience ultimately helped the Aussie claw his way back when he was a set and 2-0 down.

“I felt like I didn’t handle the occasion too well at the Australian Open, a few nerves got to me there and the home crowd pressure but I felt like I learnt from that and I didn’t want that to happen again,” he said.

“That [loss] motivated me a little bit and when I was down a set and a break I just kept hanging in there.”

“When I saw Jiri [Vesely] holding up the trophy at the Australian Open I was fairly disappointed and you know to reverse the tables, it was unbelievable and a great feeling.”

South Australian Minister for Recreation, Sport and Racing Tom Kenyon, was on hand to congratulate Saville upon his return home on Wednesday and encouraged him to “not feel the weight of expectation.”

“It’s all good will on our part, and we hope that you enjoy yourself and enjoy tennis and we wish you great success,” Kenyon said.

Saville and young Queenslander Ashleigh Barty created history at Junior Wimbledon by winning the boys’ and girls’ singles – the first time both titles have been won by Australians in the same year.