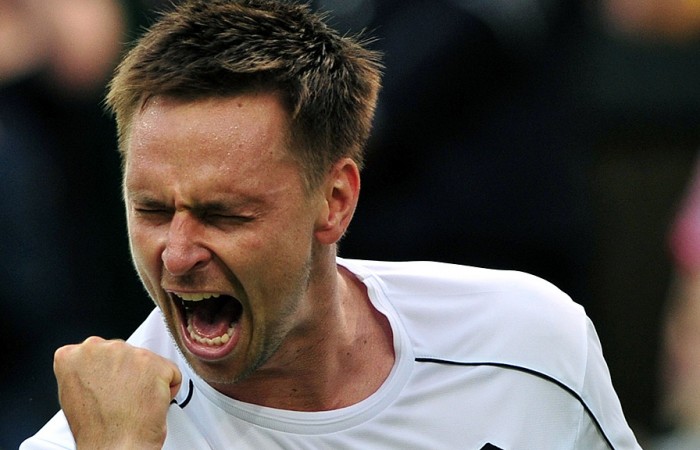 After rain delayed the start of the match by two hours, Soderling needed just 67 minutes to dispatch his opponent as he carried over the form he showed in crushing Czech Tomas Berdych in Saturday’s semifinal.

The win is Soderling’s fourth tournament triumph of the year following victories in Brisbane, Rotterdam and Marseille.

It is also his second Swedish Open crown, having also won in 2009, and the tenth ATP title of his career.

“It went well today. It’s absolutely fantastic to be here. I’m already looking forward to next year,” the smiling world number five said as he collected his prize.

Ferrer congratulated Soderling, admitting that he “didn’t have a chance”.

“I’ll come back next year and try to win then. Robin has played incredibly well this week. It was a well-deserved victory,” the TT news agency quoted him as saying.

Top seed Soderling crushed Ferrer to take the first set in only 30 minutes, and while the Spaniard, seeded two, showed some signs of life in the second set, this was a comfortable win for the home favourite.

This was Ferrero’s first win on the ATP tour this season.

It was the Spaniard’s 11th career title and her second of the season after winning in April at Estoril, Portugal. It was also her 10th title on clay.

She now holds the record for most on the surface among active players, overtaking Venus Williams, who has nine.

The 54th-ranked Spaniard is now 4-1 in finals after also winning in Bogota and Bastad in 2009 and Rome last year. All her victories have been on clay.

“It’s a really good step for me to play a lot of matches in the same week and build my confidence,” Martinez Sanchez said.

“At the start I was playing almost a hundred per cent perfectly. It’s normal to have a bit of difficulty after such a good start, but I stayed calm all the time until the end, and that’s why I won.”