Australia’s Fed Cup team will play Switzerland in their next World Group II tie in February 2012. 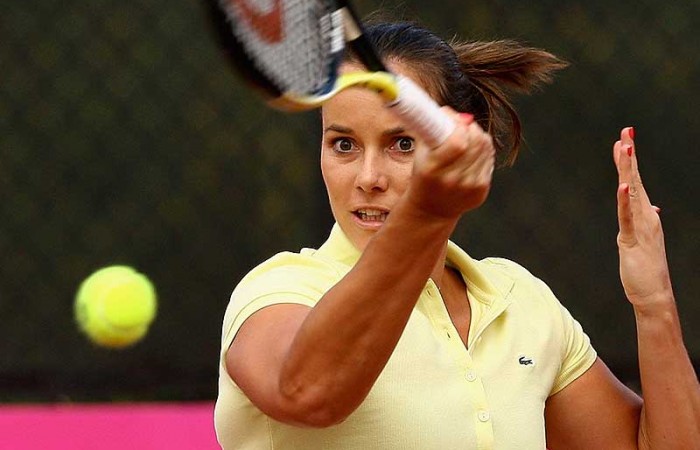 Australia’s Fed Cup team will play Switzerland in their next World Group II tie in February 2012.

The two teams will meet in Switzerland on the 4-5 February with the venue and surface to be announced at a later date.

Australia’s Fed Cup Captain David Taylor said he was looking forward to the next challenge.

“It is an opponent we know very well,” Taylor said.

“This will be the third tie [against Switzerland] since 2006. Their stalwart, Patty Schnyder, retired last year and Timea Bacsinszky has been out with injury, so they are a bit of an unknown quantity.

“We are looking forward to the tie and fighting our way back to the World Group in 2012.”

Australia and Switzerland have met previously on five different occasions with Australia leading the head-to-heads 4-1. The last time the two teams met was in 2009 when Australia won 3-1 in Mildura on grass.

The draw for the 2012 Fed Cup by BNP Paribas was just conducted in Hyogo, Japan at the Bourbon Beans Dome immediately following the conclusion of the 2011 Fed Cup World Group II play-off tie between Japan and Argentina. The original tie date and draw were postponed due to the devastating earthquake and tsunami in Japan.

Australia was relegated to World Group II after they lost 3-2 to Ukraine in their Fed Cup World Group Play-off in Melbourne last April.