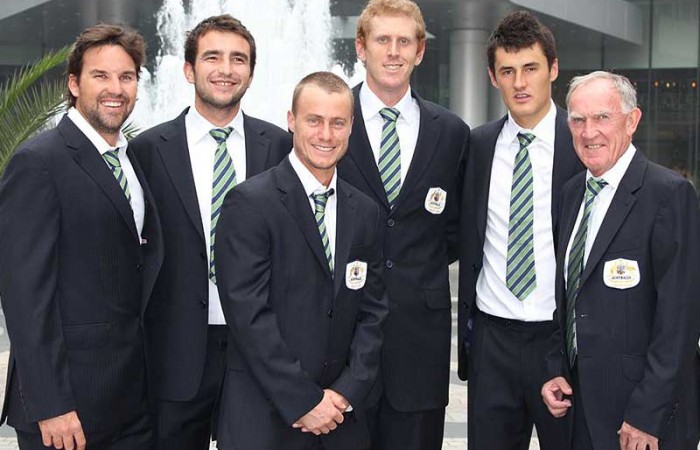 Marinko Matosevic opens Australia’s bid to return to the World Group ranks of the elite teams competition today. The 101st player to represent Australia, Matosevic will line up against Chinese Di Wu  at the Beijing International Tennis Centre.

Matosevic will be followed by Australia’s No.1 player, Bernard Tomic, who takes on Ze Zhang.

Tennis.com.au will update you on scores and news updates throughout the day.

Go to http://www.chinatennis.org.cn/ for live scoring when action gets underway at 10 am – 12 pm AEST.

The winner of the Asia/Oceania Second Round tie will progress to the World Group Play-Offs from 16-18 September for a place in the elite 16 nation World Group in 2012.

In Davis Cup action around the globe, Juan Martin Del Potro put Argentina ahead 2-0 in the World Group against Kazah

Argentina, who could face holders Serbia in the semis, are keen to land the trophy for the first time after three final losses.

And in Austin, Texas, Mardy Fish will face Spain’s Feliciano Lopez of Spain while Andy Roddick, playing in his hometown, has drawn world No.6 David Ferrer.