In a surprising twist on Davis Cup eve, Australia named Marinko Matosevic and Bernard Tomic in its two singles berths. 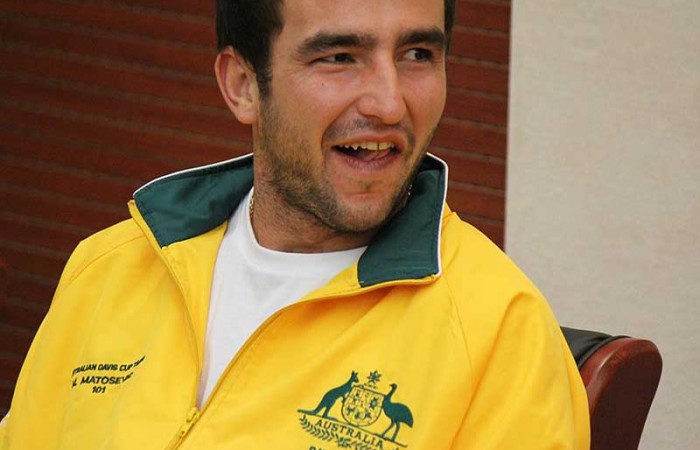 In a surprising twist on Davis Cup eve, Australia named Marinko Matosevic and Bernard Tomic in its two singles berths, holding back Lleyton Hewitt for doubles.

“Lleyton was obviously having problems during Wimbledon with his foot,” Australian Davis Cup captain Pat Rafter explained. “He’s okay but we want to make sure he’s right for the doubles. He’s got a big season ahead of him through America as well, the hard court season. We are hoping he keeps his body right for the rest of the year.”

Australia and China square off tomorrow in the first day of this Asia Oceania Group One second round tie of Davis Cup by BNP Paribas. The winner earns a berth in the World Group Playoff in September.

“Marinko has been training very hard and we’ve got a lot of confidence that Marinko can do the job tomorrow,” was Rafter’s assessment.

The 25-year-old will become the 101st Australian to play Davis Cup.

“I feel very honoured and privileged and grateful to Pat and Tony and Lleyton for giving me the chance to play,” Matosevic said. “I found out (I was playing) last night after dinner and I was speechless for a few moments.”

The Melburnian beat Wu Di in Caloundra earlier this year and is confident he can do well.

“I have been practising well and I had an okay Wimbledon where I qualified so I’m looking forward to playing tomorrow,” he said.

Bernard Tomic will play 21-year-old Zhang Ze in the second of the singles matches tomorrow.

Hewitt and Chris Guccione will meet Gong Maoxin and Li Zhe in Saturday’s doubles with the reverse singles played on Sunday.