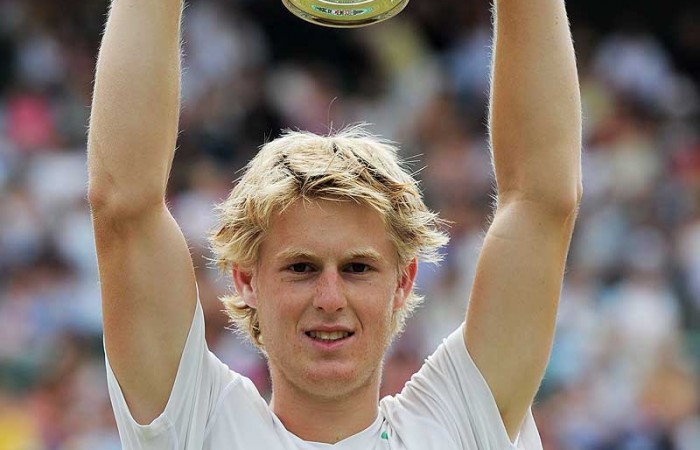 The blond-haired Saville, who even wears his cap backwards like Hewitt, was a set and 2-0 down in the second before rallying for a 2-6 6-4 6-2 win on court 1 in front of a pro-Broady crowd.

Saville, 17, is the fifth Australian to win the title and the first since Todd Reid back in 2002.

The left-handed Broady was wiping Saville off the court early on before the Australian managed to change the momentum of his match.

Broady was bidding to become the first Brit to win the title since 1962.

Queensland’s Ashleigh Barty, 15, earlier booked her spot in the girls’ final with a 6-4 6-1 victory over Indy De Vroome of the Netherlands.

It is the first time since 1968 that Australia has had finalists in both the boys’ and girls’ events at the All England Club.

The only Australian to win the girls’ title was Debbie Freeman back in 1980.

The indigenous youngster said support from two-time Wimbledon champion Evonne Goolagong Cawley had aided in her charge to the final.

“It is my first time at Wimbledon and I am really stoked to be in the final.”