Bernard Tomic's Wimbledon run has fuelled the belief of Australia's next generation of tennis players. 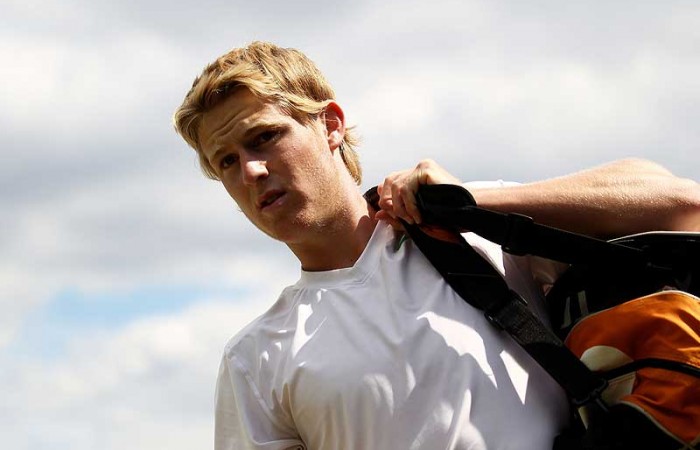 Bernard Tomic’s Wimbledon run has fuelled the belief of Australia’s next generation of tennis players.

South Australian tyro Luke Saville, 17, said Tomic’s surge to the quarter-finals at the All England Club this month had opened up the eyes of his peers.

“It is a bit of a wake up call,” Saville said after reaching Saturday’s Wimbledon boys’ final with a 6-4 6-1 thrashing of Japan’s Kaichi Uchida.

“I have trained with him in the past and I speak to him a little bit.

“It is almost like if he can make quarter-finals here this year, then it is doable.

“He is an unbelievable player and a very unique player for that but it gives us all belief and gives confidence to the group which is good.”

He reached the junior final at the Australian Open and the semi-final at the French Open.

He will meet Liam Broady in the Wimbledon final after the Brit disposed of Australian teenager Jason Kubler in straight sets in their semi-final.

“He is going to have the whole crowd behind him and I know he will be up for it,” Saville said.

“I will be ready for the challenge.”

The last Australian to win the boys’ title was Todd Reid while the most recent Brit to achieve the honour was way back in 1962.

Australia’s Ashleigh Barty advanced to the semi-finals in the girls’ singles with a 6-3 6-2 win over American Victoria Duval.