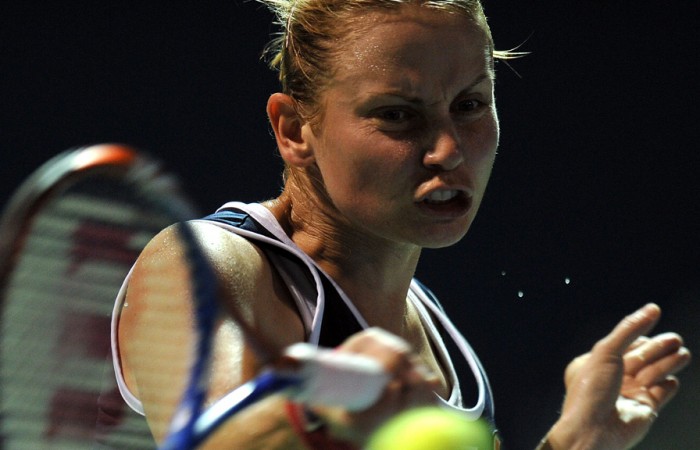 Italian seventh seed Roberta Vinci saw off Australian Jelena Dokic 6-7(7) 6-3 7-5 to win the WTA tournament at Rosmalen on Saturday, adding the crown to an earlier success this season in Barcelona.

Dokic went down fighting in staving off three match points but finally conceded after two hours and five minutes on court as Vinci landed her fifth career title.

Former Wimbledon semifinalist Dokic said the weather conditions had made life difficult but saluted her opponent.

“The conditions were difficult, the wind, the cold, it wasn’t easy. But that takes nothing away from Roberta, who was a deserved winner. She didn’t crack on the big points.”

Dokic, who landed her first title in nine years at Kuala Lumpur earlier this season, insisted that her run in the Netherlands would stand her in good stead for Wimbledon, where in 1999 she caused a sensation by dumping out former world number one Martina Hingis in the opening round.

Vinci insisted meanwhile that “I am ready for Wimbledon, even if I am a little tired. I will go to London without any pressure – though the standard will be much higher than at Rosmalen.”

Vinci, 28, will take on Russian Vera Dushevina in the opening round while Dokic will meet French Open runner-up and last year’s Roland Garros champion Francesca Schiavone.