Dokic and Wickmayer winners in Holland 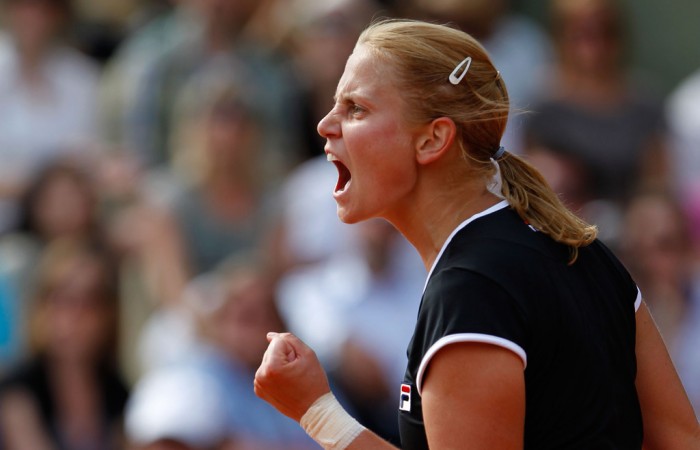 She’ll meet Johanna Larsson in the quarterfinals after the Swede beat Kirsten Flipkens 6-2 5-7 6-4.

The 28 year old, currently ranked 59th in the world, had also impressed in her opening match at the Wimbledon warm-up event, thrashing Russian Alla Kudryavtseva 6-0 6-4.

Third-seeded Yanina Wickmayer recovered from being hit in the face by a tennis ball to beat Arantxa Parra Santonja 7-6 (7-4) 6-7 (7-4) 7-5 in the second round of the Unicef Open on Wednesday.

Wickmayer was leading 2-1 in the second when a ball ricocheted off her racquet’s frame and hit her in the face, close to her left eye, as she attempted a backhand service return.

The Belgian looked shaken and sat in her chair for several minutes, holding a bottle of water to her face, before resuming the match.

After losing the second-set tiebreaker, Wickmayer fought back to break the Spaniard twice in the third.

Wickmayer said it took her a few games to recover from the hit, “but by the third set I was fine.”

Second-seeded Svetlana Kuznetsova reached the quarterfinals after rallying from a set down to beat Sara Errani of Italy 3-6 7-6 (7-3) 6-1.

Kuznetsova saved six break points in the eighth game of the second set, but still lost the game when Errani powered a backhand pass down the line. However, the Russian managed to break back immediately and went on to easily win the tiebreaker and the third set.

“I have confidence in myself and my game,” she said. “I knew if I could turn it on I could win it from any score.”

Both players dropped serve once on the way to the first-set tiebreaker, which Malisse easily won before breaking Huta Galung once in the final set and closing out the match with a pair of aces. Malisse’s quarterfinal opponent will be American Alex Bogomolov Jr., who beat Filippo Volandri of Italy 7-6 (7-2) 6-2.