World No.2 Kim Clijsters' Wimbledon campaign is in doubt after she re-injured her right ankle during a shock second round loss to Italy's Romina Oprandi 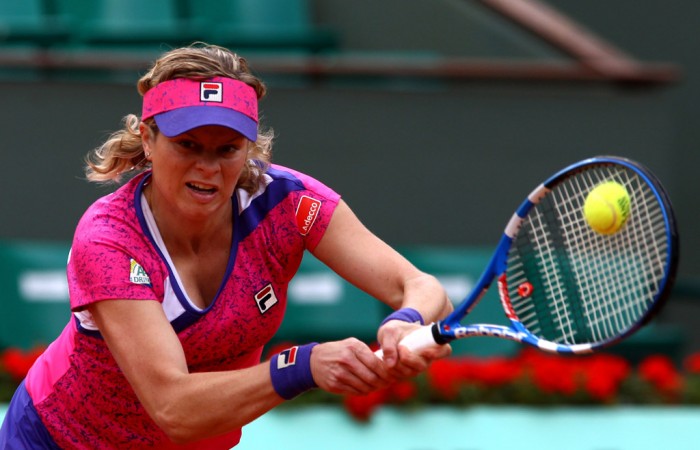 World No.2 Kim Clijsters’ Wimbledon campaign is in doubt after she re-injured her troublesome right ankle during a shock second round loss to Italy’s Romina Oprandi at the Unicef Open in the Netherlands.

The news was better at the tournament for Australia’s Jelena Dokic, who overpowered Alla Kudryavtseva 6-0 6-4 to move into the second round.

Clijsters, who was beaten 7-6 (7-5) 6-3, has had a nightmare season since winning the Australian Open.

Shoulder and ankle injuries curtailed her preparation for the French Open and it showed as she went out in the second round to world No.114 Arantxa Rus.

Clijsters said she would undergo tests on the ankle, which she originally hurt in a freak accident while dancing at a cousin’s wedding earlier this year.

“I’m going to have some more tests tonight or tomorrow morning and then I’ll be able to give a more specific answer about the situation with my ankle,” said Clijsters, who has yet to win Wimbledon.

“I feel like I was hitting the ball very well in practice. I was moving well. I wasn’t really worried too much.

“It’s frustrating because something like this with my ankle has to happen, and it kind of puts me back to where I was a few weeks ago.

“But that’s what an athlete has to deal with sometimes.”

Clijsters had a chance to take the first set at 5-4 and 30-30 on the 25-year-old Swiss-born Italian’s serve but Oprandi saw off that danger and took the set in a tie break and never looked back after taking an early break in the second set.

Oprandi, who played with her right knee and right arm heavily taped, repeatedly surprised Clijsters with heavily sliced backhand drop shot winners, many of them off the Belgian’s serve.

Hampered by the pain from her ankle, Clijsters often did not even try to reach the balls.

It was Oprandi’s fourth singles win of the year and sets her up with a third round clash with veteran Japanese Kimiko Date Krumm.

The 82nd-ranked Oprandi was stunned at her victory on the Rosmalen grass court.

“There is no bigger thing in tennis,” she said. “It was a miracle.”

Clijsters’ defeat means the top seeds in the men’s and women’s draw have both been knocked out, after Michel Berrer of Germany beat Spaniard Nicolas Almagro 3-6 7-6 (7-5) 6-4 in a first-round match on Monday.