Reigning champion Sam Querrey was back in the groove at Queen's as he began his defence of the ATP grass-court title. 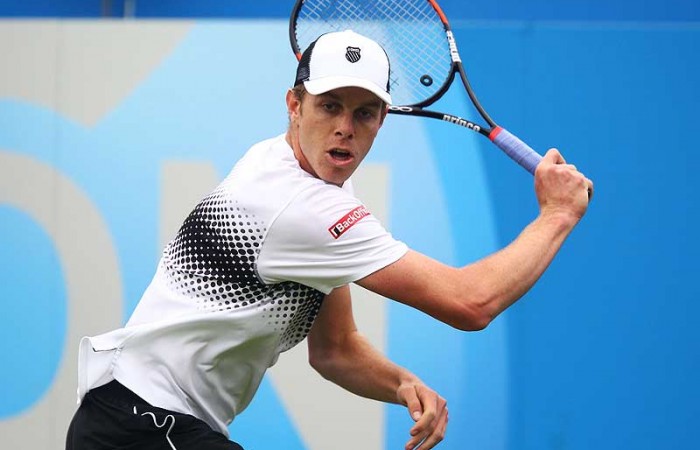 Reigning champion Sam Querrey was back in the groove at Queen’s as he began his defence of the ATP grass-court title with a 6-3 6-4 win over Japan’s Kei Nishikori on Monday.

Querrey was the surprise winner of last year, beating Mardy Fish in an all-American final, and the big-serving 13th seed marked his return to the annual Wimbledon warm-up event with a convincing first round victory.

Nishikori is regarded as one of the rising stars of the ATP Tour after reaching a career high ranking of 46 last month.

But the 21-year-old was unable to cause an upset on the lush lawns of west London as Querrey advanced to a second round meeting with Germany’s Rainer Schuettler, a 6-1 6-1 winner against American qualifier Bobby Reynolds.

“I thought I served well and moved well for my first match of the grass season,” Querrey said. “It’s good to come here as defending champion. You feel a bit of extra pressure but it’s a nice feeling.”

Lopez shocked world number one Rafael Nadal during an impressive run to the semi-finals here last year and the Spaniard was too strong for Tursunov as he won a tight first set tie-break before running away with the second set.

World No.4 Andy Murray looks set to take part in the event after practising for over two hours at the club to test the ankle ligament injury he suffered at the French Open.

One of the eight top seeds given a bye into the second round, Murray is keen to get time on grass ahead of Wimbledon and said: “It’s definitely better than it was originally. It was a bit sore when it happened and playing matches on it didn’t necessarily help too much but it should be okay.

“I really enjoy it here. I played well here in the past and it’s the perfect preparation for Wimbledon.”

Nadal, the top seed, was also due on the club’s practice courts on Monday just 24 hours after beating Roger Federer in the French Open final in Paris to seal his record-equalling sixth triumph at Roland Garros.

Wimbledon marathon man Nicolas Mahut sprinted into the second round with a 6-3 6-4 victory over British wildcard Oliver Golding.

Former Queen’s runner-up Mahut lost the longest match in tennis history against America’s John Isner at Wimbledon last year in an epic encounter which lasted 11 hours and spread over three days before finishing 70-68 in the final set.

But Mahut, playing in London for the first time since then, didn’t hang around this time as the Frenchman easily dismissed 17-year-old Golding to set up a clash against seventh seed Fernando Verdasco.