Rafael Nadal said he was honoured to be compared to Bjorn Borg after equalling the great Swede's record of six French Open titles. 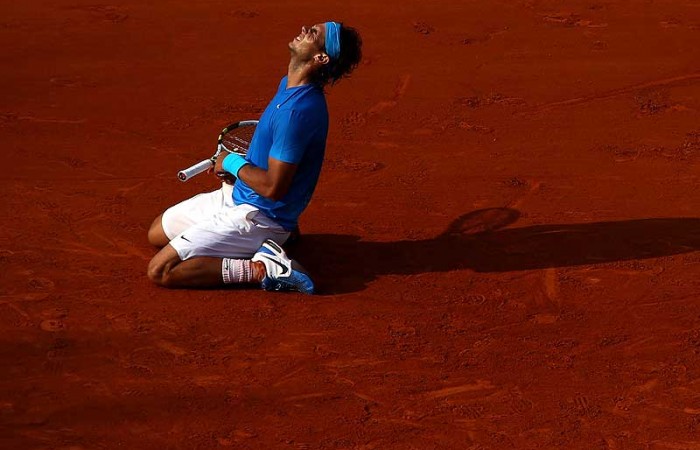 Rafael Nadal said he was honoured to be compared to Bjorn Borg after equalling the great Swede’s record of six French Open titles with his 7-5 7-6 (7-3) 5-7 6-1 win over Roger Federer on Sunday.

But the Spaniard ruled out suggestions that he was now to be regarded as the greatest player of all time.

“It’s very special to equal the six French Opens of Bjorn Borg, but the most important thing is to win Roland Garros,” said the world No.1.

“I have worked hard to be here and to play here another time. It’s an honour to be compared to Borg.”

Nadal now has 10 grand slam titles made up of six French, two Wimbledon and one each at the US and Australian Opens.

Federer still leads the way with 16 majors, but with Nadal almost five years’ the Swiss star’s junior, expectations are high that the Spaniard will race past that total.

However, he was keen to play down the hype.

“I’m not the best player in the history of tennis but I’m amongst the best and that’s enough for me,” he said.

Nadal’s coach and uncle Toni Nadal said Sunday’s win was the most difficult of all his nephew’s six wins in the French capital.

“It was the most complicated. He played really badly in the first three rounds,” said Toni Nadal.

“For Roger it was important for him to try and win another grand slam and for us it was crucial that Rafa did not lose as he wouldn’t then be the best player on clay.”

Nadal needed five sets to see off John Isner of the United States in the first round in Paris and complained that he didn’t feel as if he was playing well enough to win the title.

Toni Nadal said he had needed to have a pep talk with his nephew.

“I said to him: ‘You won’t win playing at this level. You must be more relaxed and I told him that winning or losing would change nothing.

“Winning Roland Garros is an indication that 2011 is a good year. It’ll give him peace of mind for what’s ahead. If he loses at Wimbledon, we will always have the French Open.”

“This doesn’t mean anything. I saw Borg when I was young. Borg will always be the greatest. He was extraordinary.”