Daniel Nestor of Canada and Max Mirnyi of Belarus won their first Grand Slam title together. 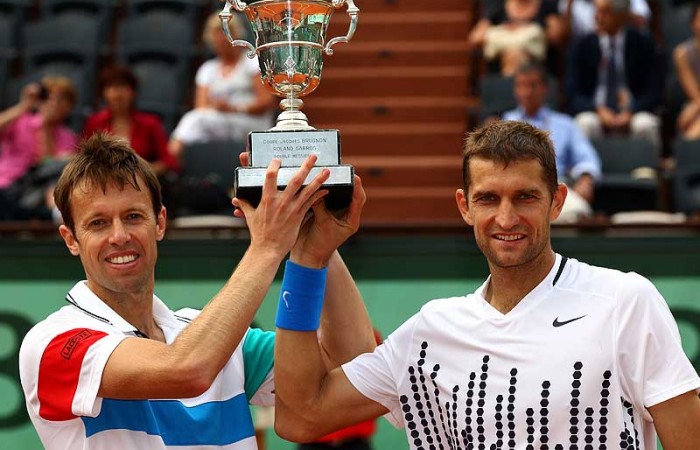 Daniel Nestor of Canada and Max Mirnyi of Belarus won their first Grand Slam title together by defeating Eduardo Schwank of Argentina and Juan Sebastian Cabal of Colombia 7-6 (7-3) 3-6, 6-4 in the French Open men’s doubles final.

It was also Nestor’s seventh major title in men’s doubles and Mirnyi’s fifth, all with different partners.

“We knew on paper we’re capable of playing well together,” Mirnyi said. “Up until you produce a result, you never know.”

The second-seeded Nestor and Mirnyi saved three break points in the first set to force a tiebreaker. But the unseeded South American team then jumped to a 3-0 lead and held serve to level at one set apiece.

“Today was a dog fight,” Nestor said. “I thought those guys were playing tough. We were fortunate to win the first set.”

Cabal and Schwank were playing in their first tournament together. Cabal was making his Grand Slam debut while Schwank had already reached the Wimbledon and US Open doubles semifinals.