Nadal not surprised by Federer

Rafael Nadal will renew his epic rivalry with the Swiss in Sunday's Roland Garros title match. 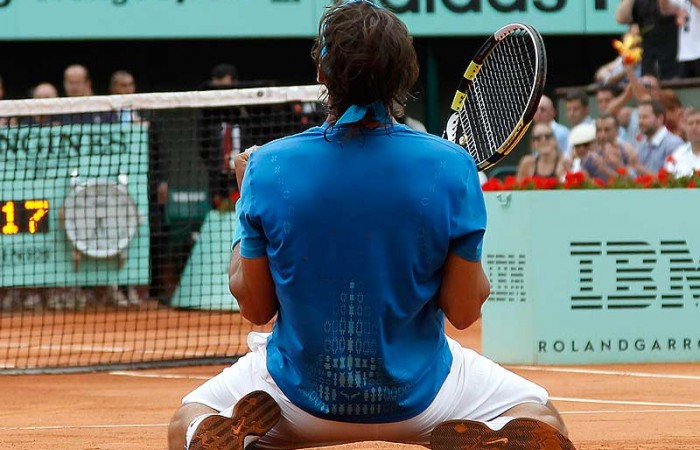 Roger Federer’s stunning victory over Novak Djokovic may have shocked the French Open, but it came as no surprise to Rafael Nadal who will renew his epic rivalry with the Swiss in Sunday’s Roland Garros title match.

Federer brought Djokovic’s 43-match winning spree to a halt in their semi-final on Friday to set up a fourth French Open final in six years against five-time champion Nadal.

“You are more surprised than me that Roger is in the final. We know how good he is, he is having a great season, losing only to me and Novak,” said Nadal, who can equal Bjorn Borg’s record of six French Open titles with victory in the final.

“He lost to Novak in Australia, Dubai and Indian Wells; to me in Miami and Madrid. He won in Doha and he’s always making semi-finals and finals.”

Sunday’s final will be the 25th time the two great rivals have met in their career.

It will be their 19th final clash and eighth meeting in a Grand Slam final, although their first in a major since the 2009 Australian Open title match which the Spaniard won.

Federer is the holder of a record 16 Grand Slam titles while victory on Sunday would take world number one Nadal to 10.

Despite that, Nadal said on Saturday that the Swiss star’s accomplishments will never be equalled.

“It’s impossible to be at your best every week. What he has done is impossible for the rest of us to repeat. It will be an honour to play him, it’s no surprise to see him in the final.”

Nadal has won all of his three Roland Garros finals against Federer and in 2008 allowed his opponent just four games, the most one-sided Paris final since 1977.

But Nadal said that brutal mauling will count for nothing on Sunday.

“In 2008, I was playing the best tennis of my career. But that was three years ago. It’s impossible to compare matches. I will go on court knowing I can win or I can lose,” said Nadal, who will retain his world number spot if he wins on Sunday.

“Roger has been there all the time. It will be an honour to play the greatest player in history. It always represents something special.”

One factor outside both players’ control on Sunday will be the weather with heavy rain expected to disrupt the final.

“I prefer the sun and the high bounces, so for my game it’s better if the ball is fast and high; if it rains, the ball stays low and that may be an advantage for him,” added Nadal.

“But I don’t have the power to control the weather. I have to think positive – if it rains it’ll be an advantage for me and if it’s sunny it will also be an advantage.”