Even Rafael Nadal acknowledges his French Open semifinal against Andy Murray is not nearly as intriguing as the one between unbeaten Novak Djokovic and 16-time Grand Slam champion Roger Federer. 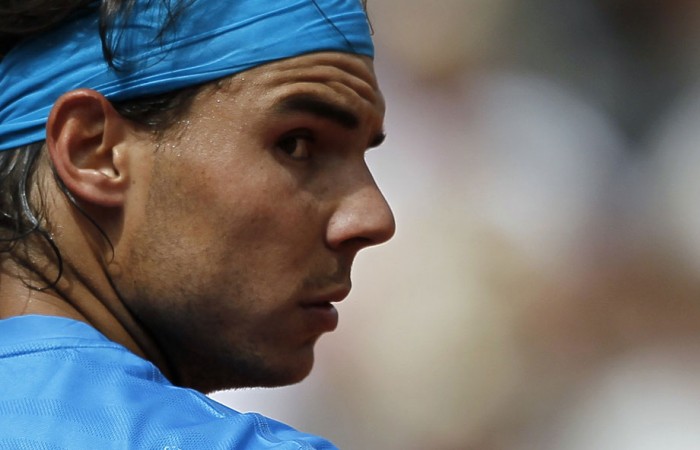 Even Rafael Nadal acknowledges his French Open semifinal against Andy Murray is not nearly as intriguing as the one between unbeaten Novak Djokovic and 16-time Grand Slam champion Roger Federer.

Sure, there’s a lot on the line for the entire quartet of men who’ll be playing at Roland Garros on Friday, which one might expect, given that it’s only the 12th time in the Open era, which dates to 1968, that the top four seeded players reached the semifinals at any Grand Slam tournament.

Top-seeded Nadal, for example, is bidding to equal Bjorn Borg’s record of six French Open championships. No.4 Murray is dealing with an injured right ankle as he hopes to win his first Grand Slam title – and give Britain its first male champion at a major tennis tournament since 1936. Number 3 Federer, meanwhile, has gone more than 16 months without reaching a Grand Slam final, which doesn’t sound too bad unless you consider it’s his longest gap since he won Wimbledon in 2003.

Lofty aims, certainly. But nothing compared to what No.2 Djokovic is chasing:

– Add in two victories for Serbia against France in the Davis Cup final in December, and Djokovic’s winning streak stands at 43 overall, three shy of Guillermo Vilas’ mark of 46 in a row in 1977.

– Djokovic is seeking to reach his first final in Paris; if he were to win the title, he’d be the first man since Jim Courier in 1992 to win the Australian Open and French Open in the same year.

– If he beats Federer, Djokovic will be assured of rising to No. 1 in the ATP rankings for the first time, no matter what happens in the Nadal-Murray semifinal or in Sunday’s championship match.

“To be honest, I’m thinking about this tournament only. I definitely want to go as far as I can in Roland Garros. And then, you know, if the No.1 ranking comes this week, I’ll be more than happy, definitely,” Djokovic said. “But it’s not something I’m thinking about.”

Djokovic has had plenty of idle time to ponder things, having not played a match since winning in the fourth round on Sunday.

He got a walkover in the quarterfinals when his opponent, Fabio Fognini of Italy, withdrew because of a left leg muscle injury.

“I’m sure, for Novak, it will be a little bit strange; five days off in the middle of a Grand Slam is very rare. He definitely wouldn’t have been through it before. We were talking about it a little bit the last couple of days. Like, what would you actually do if you had five days during a Grand Slam? Would you play some sets? Would you take it easy?” said Murray, a three-time major finalist.

“I know he’s played a lot of tennis, but he’s got to be switched on from the start against Roger, because he’s playing Roger.”

Federer was the last player to beat Djokovic, back in November at the ATP World Tour Finals in London, and holds a 13-9 edge in their career series.

But Djokovic is 3-0 against Federer this season, all on hard courts.