Djokovic and Federer close to showdown

Novak Djokovic and Roger Federer closed in on a French Open semifinal showdown on Sunday while hobbling Italian Fabio Fognini struck a colourful Grand Slam blow for the tennis underclass. 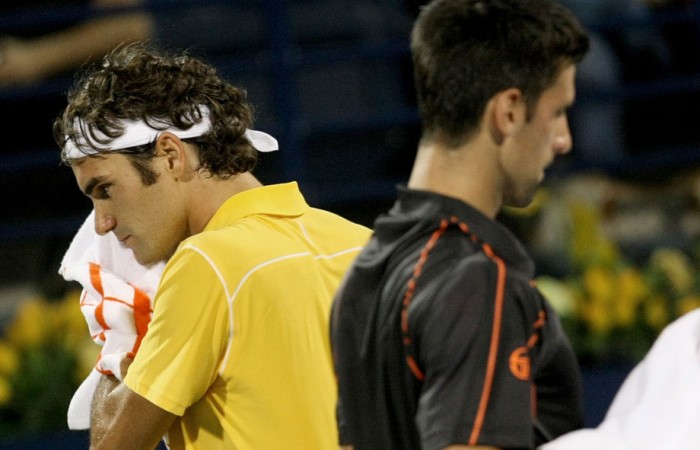 Novak Djokovic and Roger Federer closed in on a French Open semifinal showdown on Sunday while hobbling Italian Fabio Fognini struck a colourful Grand Slam blow for the tennis underclass.

Djokovic took his winning run to 43 matches as he brushed aside Frenchman Richard Gasquet 6-4 6-4 6-2 to set up a last-eight clash with Fognini.

He will next tackle either Spanish seventh seed David Ferrer or French ninth seed Gael Monfils after going one better than Jimmy Connors’ 27 Grand Slam quarterfinals.

Fognini saved five match points and needed a medical time-out for a left thigh injury, which may yet rule him out of his first major quarterfinal.

Unstoppable Djokovic breezed to his fifth career win in six meetings against the 13th-seeded Gasquet.

“I’m happy with my game. I played a great match against a great player, but I got important breaks and made no mistakes after that,” said Djokovic.

“I’m playing the best tennis of my life at the moment. But it’s important to just focus on each match and see how far I can go.”

Third seed Federer has reached the last eight without dropping a set as he continues to thrive at a Roland Garros tournament where the world’s top two, Rafael Nadal and Djokovic, are expected to reach the final.

“Twenty-eight quarterfinals in a row, that’s great, but that’s another opportunity for me to go one step further,” said Federer.

“That’s why I’m very proud I accomplished that, and I hope I can go one step further than last year, and then we’ll see.”

With victory on Sunday, in a repeat of the match-up at the same stage of Roland Garros last year, 16-time major winner Federer took his career record to 9-1 against Wawrinka, his Beijing Olympics doubles gold medal-winning partner.

While it was business as usual for the Swiss star, Fognini saved five match points and battled crippling cramps to defeat Montanes.

The 24-year-old had been 4-1 down in the final set, then controversially called for treatment for cramping in his left thigh when he was two points from defeat in the 14th game of the decider

But despite only able to move from side to side, and being called for a series of foot faults, he stunned his 30-year-old opponent, fighting off two match points in the 16th game of the final set and three more in the 18th.

Fognini is first Italian man in the last eight in Paris since Renzo Furlan in 1995.

But Fognini, who was virtually rooted to the spot, with little movement as his injury took hold, admitted he may not be able to make his quarterfinal date.

“I am in a lot of pain. It’s not cramp, I felt the muscle stretch,” said Fognini, who committed 103 unforced errors in the match.

“I have 48 hours to recover. I don’t know about the next match. I will go and see the doctor and then see what happens.”

Montanes, still to make a Grand Slam quarterfinal after 38 attempts, said he did not want to comment on the seriousness of Fognini’s injury.

“You should ask him. I don’t know what he had, what he’s going to have, what he still has,” said the disappointed Spaniard.

“I can’t say if he was pretending, if he was really hurt or not.”