Sean Berman and Andrew Whittington are through to the second round of the French Open junior championships, but Luke Saville has been bundled out in the first round. 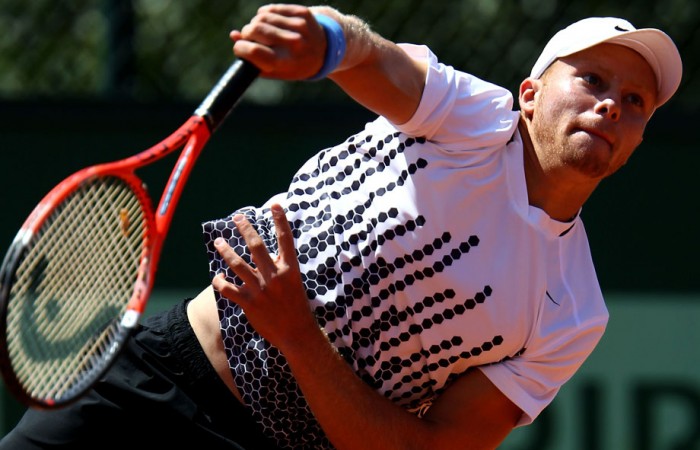 Sean Berman and Andrew Whittington are through to the second round of the French Open junior championships, but Luke Saville has been bundled out in the first round.

Berman, a former Australia Open junior finalist, came back from a set down to oust Italy’s Gianluigi Quinzi, 1-6 7-5 7-5.

The first set lasted just 21 minutes as the Italian asserted his authority before Berman turned the tide in the second set.

Despite landing just 45 per cent of his first serves, Berman struck nine aces, while his opponent could manage just two.

Break point opportunities were plentiful on both sides of the net, with Berman securing 7 of 18 chances. Quinzi will no doubt be disappointed with the result – the 15-year-old Italian broke the Australian on eight occasions and won six more points than his opponent overall.

Eighth-seeded Australian Andrew Whittington joined Berman in the second round after a more straightforward straight-sets win over Croatia’s Filip Veger, 7-6(7) 6-4.

Whittington’s next opponent will be unseeded Spaniard Oriol Roca Batalia.

The news, however, wasn’t so good for promising South Australian Luke Saville who fell in three sets to Japan’s Kaichi Uchida, 7-6(3) 5-7 6-4.

Saville, the 15th seed, dropped the opening set in a tiebreak before taking the second only to be ousted in the third.

In the girls’ draw, Australia has just one representative – 15-year-old Ashleigh Barty who has been drawn to play the 12th seed, Ganna Poznikhirenko of Ukraine.

Join the discussion on Twitter by tweeting with the #AllezAussie hashtag.