Teenager Bernard Tomic bowed out of the French Open in straight sets against Argentine Carlos Berlocq at Roland Garros on Monday. 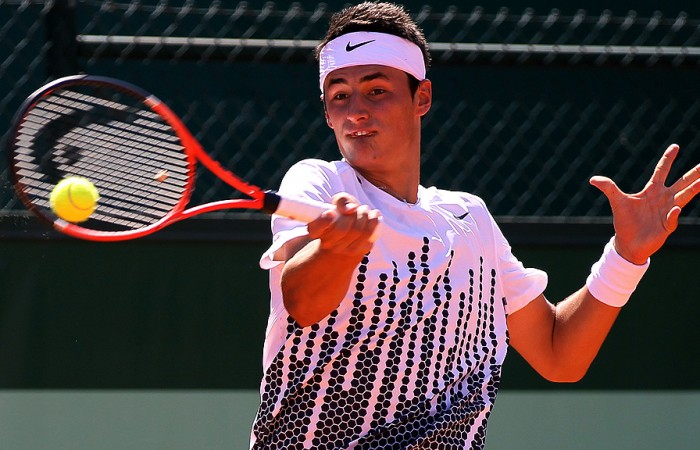 Teenager Bernard Tomic bowed out of the French Open in straight sets against Argentine Carlos Berlocq at Roland Garros on Monday.

Berlocq proved too strong for the youngest player in the men’s draw, beating wildcard Tomic 7-5 6-4 6-2 in two hours and seven minutes on court 10.

It was first time since 1949 that Australia has not had a representative in the second round of the mens singles at Roland Garros.

The theatrical South American took advantage of Tomic’s high unforced error count, the Australia registering 46 to his opponents 23 in warm conditions in Paris.

With Lleyton Hewitt pulling out of the tournament on Sunday with injury, Tomic was left to fly the flag for the second straight grand slam.

The 18-year-old showed a lack of patience against the seasoned claycourter, losing his serve on seven occasions and producing 46 unforced errors to his opponents 23.

“I think he played much better than I did,” said Tomic.

“I had a lot of opportunities in the first set and didn’t take it.

“He definitely played much better and was stronger throughout the whole match.”

While Australia’s men departed the singles scene 13 days before the final, the women continued to hold up their end of the bargain.