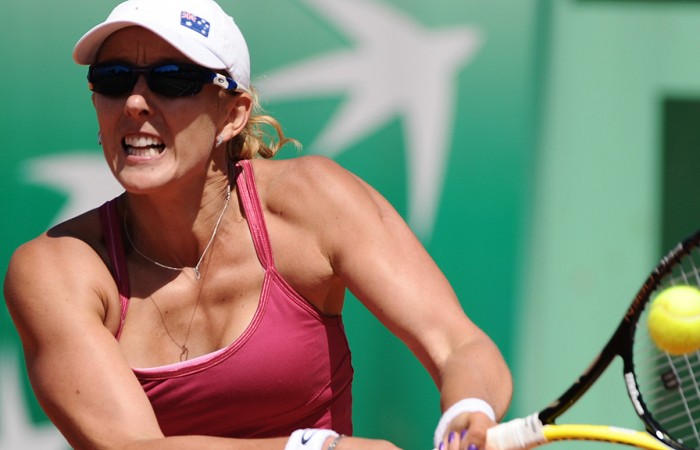 “It is never easy to play seeded players, we play doubles now and I know her quite well,” Rodionova said.

“We practice quite a bit and that was really good for me.

Rodionova, who has never reached the final 16 at a grand slam, reached the third round in Paris last year and has a good chance of matching that this week.

The world No.74 is the second Australian to progress at the French Open following Sam Stosur’s opening round win on Sunday.

Rodionova is known for her fiery on-court temperament but she managed to keep her emotions in check for much of Monday’s contest on court 7.

“I think so, everything I wanted to do worked well and you know I felt pretty good on the court,” she said.

I knew what I wanted to do and the job was done.

Petrova has found it tough going this year and the dogged Rodionova kept the pressure on the big Russian throughout the contest.

They traded service breaks early in the opening set before Petrova won the tiebreak with a volley that just hit the line under the umpire’s nose.

Rodionova asked for the mark to be inspected by the official and it was ruled in Petrova’s favour.

The Australia responded by racing to a 5-1 lead in the second set before failing to serve out for the set at her first attempt.

She started to vent her frustrations on court before settling to level the match and take a crucial break against a fading Petrova early in the third set.

The Australian won the contest on her third match point with Petrova spraying a shot wide.